Watch A Guy Fly Around In A Martin Jetpack

Humans in the skies, filmed by robot eyes 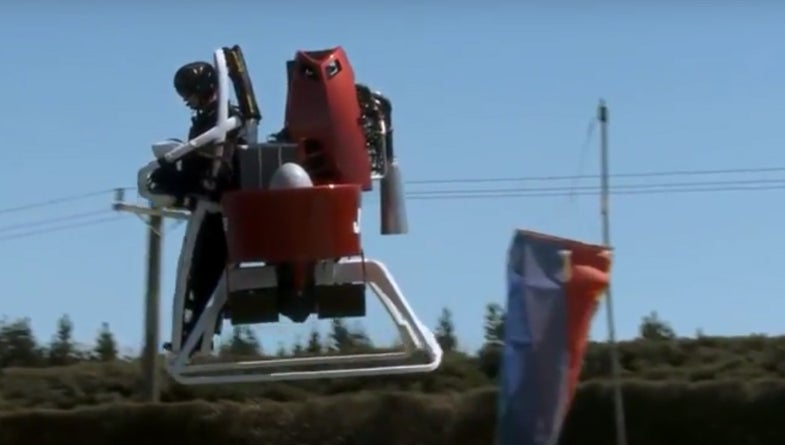 We are living in a golden age of jetpacks, or at least of personal flying aircraft called jetpacks. Martin Aircraft is well on its way to commercial production, if not necessarily success, and they’ve already lined up buyers like Dubai’s police for their one-person flying machines. Yesterday, Martin Aircraft released video and a statement about successful manned tests of the production model of the drone. A working prototype is good, but a working production model is even better.

Here, watch the jetpack with pilot take off, and note the DJI Inspire drone filming the flight in the background:

This is that same flight, from the Inspire drone’s camera:

The flights are in preparation for a manned flight display in China in early December. Watch the full video, with many more exciting angles of takeoff and landing, below: