How the cheat will ripple 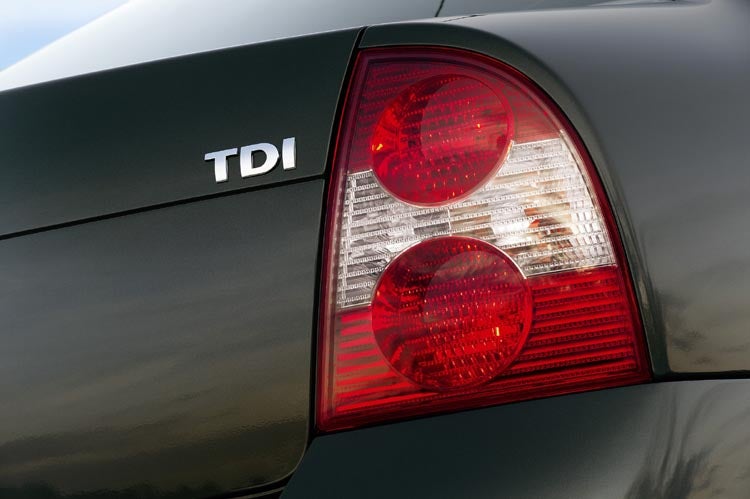 Thus far, it’s a been a quiet start to the third week of the Volkswagen diesel-emission cheating scandal.

Eight years’ worth of VW TDI models, both new and used, have been taken off sale at the company’s North American dealerships.

We surmise its engineers are working around the clock at their Wolfsburg headquarters to develop modifications to those cars that will let them comply with EPA limits in real-world use.

But it’s not too soon to sit back and consider what could be the longer-term effects of this scandal, which has rocked the auto industry like nothing else in recent years. Clearly there will be fallout for Volkswagen, but how will the scandal change the industry itself, the cars it builds, and the laws under which they’re approved and sold?

Below are five potential effects that will ripple through the makers, the industry, and the cars you can buy in future years.

This is already happening, and it’s not solely due to the diesel-emission problem.

In light of restated fuel-efficiency ratings by Ford, Hyundai, and Kia, the U.S. Environmental Protection Agency had already announced rule changes for its test procedures.

It had also strongly encouraged carmakers to confirm the lab results with real-word, on-road testing as well.

Emissions tests lead to fuel-economy ratings, and VW’s apparent cheating underscores how little relation there is between the outdated and artificial lab tests done on dynamometers (“rolling roads”) and what a car consumes and emits in real-world use.

The EPA has already announced it will test every one of the 39 diesel passenger cars on sale in the U.S. in real-world use. It will undoubtedly extend such tests to gasoline vehicles in the future.

Similarly, the EU–which had also been working on revisions to its emission rating tests–will likely focus far more on a vehicle’s in-use emissions than its results on lab tests. European carmakers have already taken the position that if real-world use is to be tested, the EU must raise its limits on permissible emissions of the various nitrous oxides by a whopping 70 percent from the current levels.

It’s too early to tell where it will all shake out. But it’s clear that regulators will become far more aggressive in looking at what vehicles do in real use–and manufacturers will have to comply with emission and fuel-efficiency regulations under those much tougher conditions.

The U.S. market has consistently bedeviled the only remaining European mass maker to sell in North America, and the brand’s glory days are now four decades in the past. To put it in context, Subaru outsells the Volkswagen brand in the U.S.–and much of VW Group’s North American growth overall has come from surging sales of an expanding range of Audi luxury vehicles.

VW largely sells sedans and hatchbacks in a market that’s moved wholesale to SUVs and crossovers, and its hybrid and electric efforts have been both late and half-hearted. Instead, it relied on the now-discredited tactic of promoting its so-called “clean diesel” TDI technology as a cleaner, greener way to get both power and efficiency.

The company had to cheat to make it work, though, as we now apparently know.

Public awareness of the scandal, announced on Friday, September 18, didn’t really grow until the last week and a half of last month, and its sales last month weren’t notably affected. But VW is already offering a $2,000 retention bonus to any current owner who buys a new Volkswagen this month–and it’s likely that some portion of its formerly enthusiastic TDI owners will never return to the fold.

A struggling brand, with the wrong product mix, minimal electrification technology, and a new reputation for deliberately flouting the law of the land has a tough road ahead of it. Volkswagen has been in the market longer than Toyota, Nissan, Honda, Hyundai, or Kia. It is the company which proved that importing cars into the U.S. and selling them to average Americans was not only possible but profitable. Those days are long gone, however. The company’s announced goal of selling 800,000 VW-brand cars in the U.S. by 2018 now seems entirely out of reach–if not laughable.

It could even come to be described with some of the same “small and struggling” language as a brand like Mitsubishi. If so, that will be humbling indeed for the Germans. We doubt that VW will pull out of North America, but it will likely remain a second-tier player for years to come.

When now-departed Martin Winterkorn took over as CEO of Volkswagen Group eight years ago, he announced that it would be the biggest carmaker in the world by 2020. It is now effectively equal in size to Toyota and General Motors, and its ongoing sales growth in China has been a key element of that success. But in Germany, VW Group is both the largest company and a cultural icon.

The scandal has shaken perceptions and confidence there even more than in North America, where VW is at best a minor player with a brand awareness larger than its sales. It’s too early to tell what impact–if any–the VW cheating has had on its public image in China. And as in the U.S., it won’t be until October deliveries are reported next month that we will start to get useful data on any sales impact from the scandal.

But we think it’s safe to suggest that the overriding goal under Winterkorn of dominating the industry through size and scale will be set aside. Volkswagen will likely have to focus for several years on repairing brand damage and rebuilding its culture to focus more on transparency, collaboration, and actual compliance with the law.

That’s the process General Motors has been undergoing since its 2009 bankruptcy and government-backed restructuring, followed by the ignition-switch defect scandal now known to have killed more than 100 people and injured hundreds more.

VW Group’s new CEO, Matthias Müller, may want to ask for some quiet advice from GM CEO Mary Barra, who is overseeing a similar cultural transformation. Unlike Fiat Chrysler CEO Sergio Marchionne, Müller might find that Barra will take his calls.

4) Diesel powertrains for passenger cars will wither away

The cost of modern exhaust aftertreatment systems–specifically the urea injection system developed by Mercedes-Benz under the BlueTEC trademark–is high enough that most German makers are already phasing out any diesels below about 1.5 liters.

Among the additional catalyst, the tank for urea liquid, the associated plumbing, and more, it’s now simply cheaper to achieve the same fuel efficiency and output with a downsized, turbocharged gasoline engine. But while diesel passenger cars have been oddities in the U.S. for 40 years, they represent about half the new car sales across the European Union. And Europe’s carmakers are petrified that diesel will be further regulated or subjected to more scrutiny as a result of the VW cheating mess.

Part of the problem is that the scandal broke just as Europe was starting to switch over to Euro 6 emission limits, which bring the EU roughly into line with U.S. regulations in effect since 2008. Diesels that meet those standards emit no soot, have no exhaust smell, and aside from their characteristic clatter, often can’t be distinguished from gasoline engines by the unaware.

But just as Europe cleans up, its oldest and dirtiest diesels have come under fire from the mayors of cities like Paris and Rotterdam who want to ban them altogether to improve their local air quality and avoid pollution fines levied by the EU. And that was even before VW’s nitrous oxides cheating came to light in the U.S.

Whether those results actually prove out in the real world will likely be a focus of much public and regulatory attention over the next year or two.

But at a minimum, we think diesel engines for passenger vehicles will receive greater scrutiny from regulators, face more buyer skepticism, and get increasingly expensive for makers to offer.

Can Volkswagen continue to offer mass-priced TDI diesels in its volume vehicles, as it had planned to do to meet CAFE requirements? That remains an open question. But with the cost of electric-car batteries falling–for truly emission-free driving–and gasoline combustion engines seemingly offering greater headroom, the future for diesel is at best challenged.

At worst, it could be that 10 years hence, it remains a fringe technology for large luxury vehicles in the U.S. and is on a steady decline in Europe. For the European makers–PSA Peugeot Citroen, Renault, and Volkswagen in particular–that prospect is likely a very scary one.

5) Boost for electrics, esp in Europe

Finally, if it proved necessary for VW to cheat to meet emission laws with mass-market diesels, how can other makers meet those same laws?

The most important statistic is that the price of lithium-ion consumer batteries has fallen 7 percent a year, on average, for more than 20 years. Thus far, we’re not aware that anyone has come up with a case for why that figure shouldn’t apply to larger-format automotive cells as well. Meeting emission and carbon limits with combustion engines will get more and more expensive. The NHTSA and EPA suggested that going from 2012 CAFE standards to 2025 limits would add about $3,000 in real dollars to the average price of a car, which is now around $32,000 in the U.S. Automakers scoff at that number, calling it a lowball estimate.

Electric-car battery prices are falling. Cars with combustion engines are getting pricier to keep compliant. Now, mass-priced 200-mile electric cars will start to appear in showrooms within two years. That sounds like some compelling math to us.

Whether potential diesel buyers will consider a plug-in electric car remains to be seen; the buyer profiles of diesel and hybrid drivers turn out to be quite different, as VW’s own market research has shown. But automakers, at least, have an alternative. And every major global carmaker now has at least some low-volume electric car production or research going on.

The diesel scandal won’t ensure the success of plug-in electric cars. But it sure won’t hurt their chances either.