Three Billion People Are On The Internet Now

But 90 percent of the 4.3 billion who aren't live in the developing world. 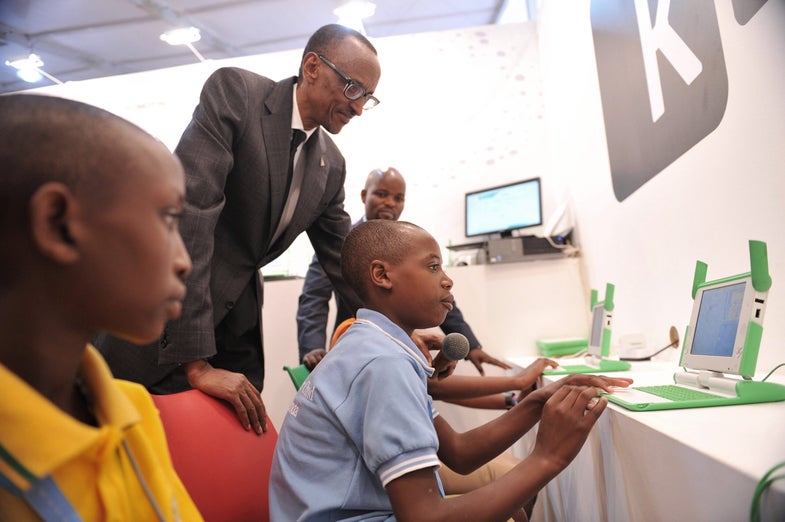 By the end of the year, nearly 3 billion people in the world will have Internet access, according to the latest annual Measuring the Information Society (MIS) Report from the International Telecommunications Union (ITU). That’s an increase of 6.6 percent over the previous year, continuing a steady trend upward that’s been in place for the last decade.

However, the report also found that just because the rate is increasing doesn’t mean that it’s doing so evenly across the board. Developing countries are seeing an increased rate of Internet adoption, growing at 8.7 percent this year, and around two-thirds of Internet users live in the developing world. But that rapid rate of growth is due to the relatively small level of current penetration in those less developed countries: While 78.3 percent of the population in the developed world is on the Internet, only 32.4 percent of people in the developing world—and just 8 percent of those in the “Least Developed Countries”—are able to get online.

Rural areas, in particular, are suffering from low Internet penetration. One way to combat that, the report suggests, is by increasing the number of public facilities that offer free Internet access—namely post offices and libraries. Just 10 percent of post offices around the world provide public Internet access, according to the ITU. Upping it to over 45 percent would mean that almost a third of rural areas would have at least some way to get on the net.

There are some bright spots to the report: For one, mobile broadband deployment appears to have greatly sped Internet adoption in the developing world. That’s not a surprise, given the relatively little amount of infrastructure it needs compared to traditional broadband. Mobile broadband penetration in Africa was up almost 20 percent in 2014, compared to under 2 percent in 2010.

Despite those improvements, however, it’s important to keep in mind that there are still around 4.3 billion folks in the world who don’t have Internet access—and 90 percent of them are in the developing world. Plus the vast majority of online content is still created in the Western world.

In other words, as the science-fiction writer William Gibson once noted: “The future is already here—it’s just not very evenly distributed.”