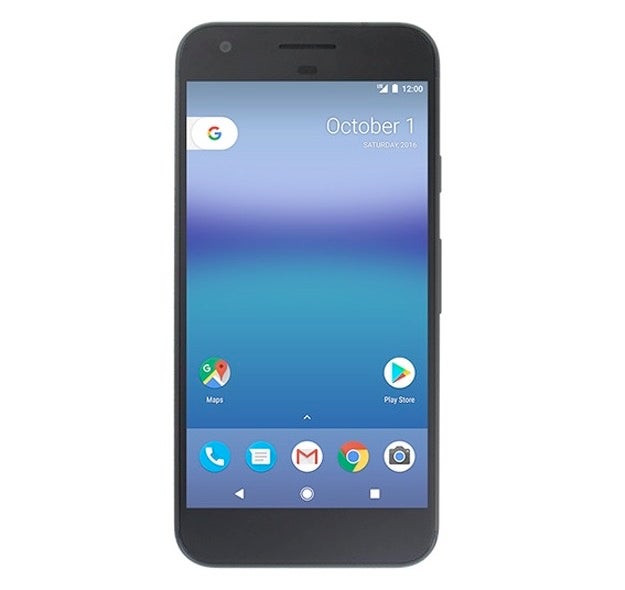 Google’s upcoming October 4 event is expected to bring, potentially, the most important Android smartphone yet: an official Google phone. And the folks at VentureBeat claim to have an early look.

Google generally focuses on refining Android’s software while hardware makers worry about building the perfect phone. Handset manufacturers like Samsung, LG, Motorola and more are able to put Android on their devices, alleviating worries of creating their own OS like Apple. Though with Google likely getting serious about hardware, the search company is expected to put out an above-average phone that would ideally be the best to own. VentureBeat claims that this mythical Android device, likely called the Google Pixel, will ship with a 5-inch screen, quad-core 2.4 GHz 64-bit processor, 4GB of RAM, 32GB of storage, a 12 megapixel camera and a 2,770 mAh battery. The larger Pixel XL will offer a 5.5-inch screen with a 3,450 mAh battery and QHD (1440p) display. In comparison, Apple’s latest iPhone 7 Plus comes with an A10 processor, 32 GB of storage, two 12-megapixel cameras, 3GB of RAM, and a 2,900 mAh battery.

The Google device (rumored to be built by HTC) will possibly make use of a USB-C charging port, offer a fingerprint scanner on the backside and come with a headphone jack. But more interesting is the potential inclusion of the Google Assistant.

The virtual Google helper, titled Google Assistant, debuted alongside Allo–the company’s messaging app. The app for Android and iOS not only allowed users to chat with friends, but also with a digital assistant that would fetch information in its own chat window, or even while you were in a chat with someone else. Instead of requiring users to speak out loud, the Google Assistant allows users to type out questions and responses.

The above gif, hailing from Android Police, speculates that the updated version of Android will more closely integrate the recently revealed assistant. Google Assistant throughout Android would not only allow Google users to say “Ok, Google” to summon their assistant, but type to it too. And combining this with Google’s On Tap–which provides relevant info on whatever you may be looking at in that moment–Android users may have yet one more way of conveniently extracting the information they seek.

This isn’t the first time Google has hinted at an official Android phone. The Android Silver program was an earlier attempt from the company to release one flagship phone, assuring consumers’ a quality Android experience. And the Nexus line of devices, while initially meant for developers, acted as Google’s pseudo-official device. But doing so always presents the challenge of the search company doing a disservice to their hardware partners. Premium hardware plus software only available on the holy-grail Google device could spell trouble for Samsung–in addition to flaming phones.

We won’t know for sure what Google has to announce until its October 4 event takes place. Tune into Popular Science as we bring you updates from the event!