How pilots stick their landings in ‘hot and high’ cities

How a flying lesson in Massachusetts, and facts about the structure of the atmosphere, inform landing a 747 in Kenya. 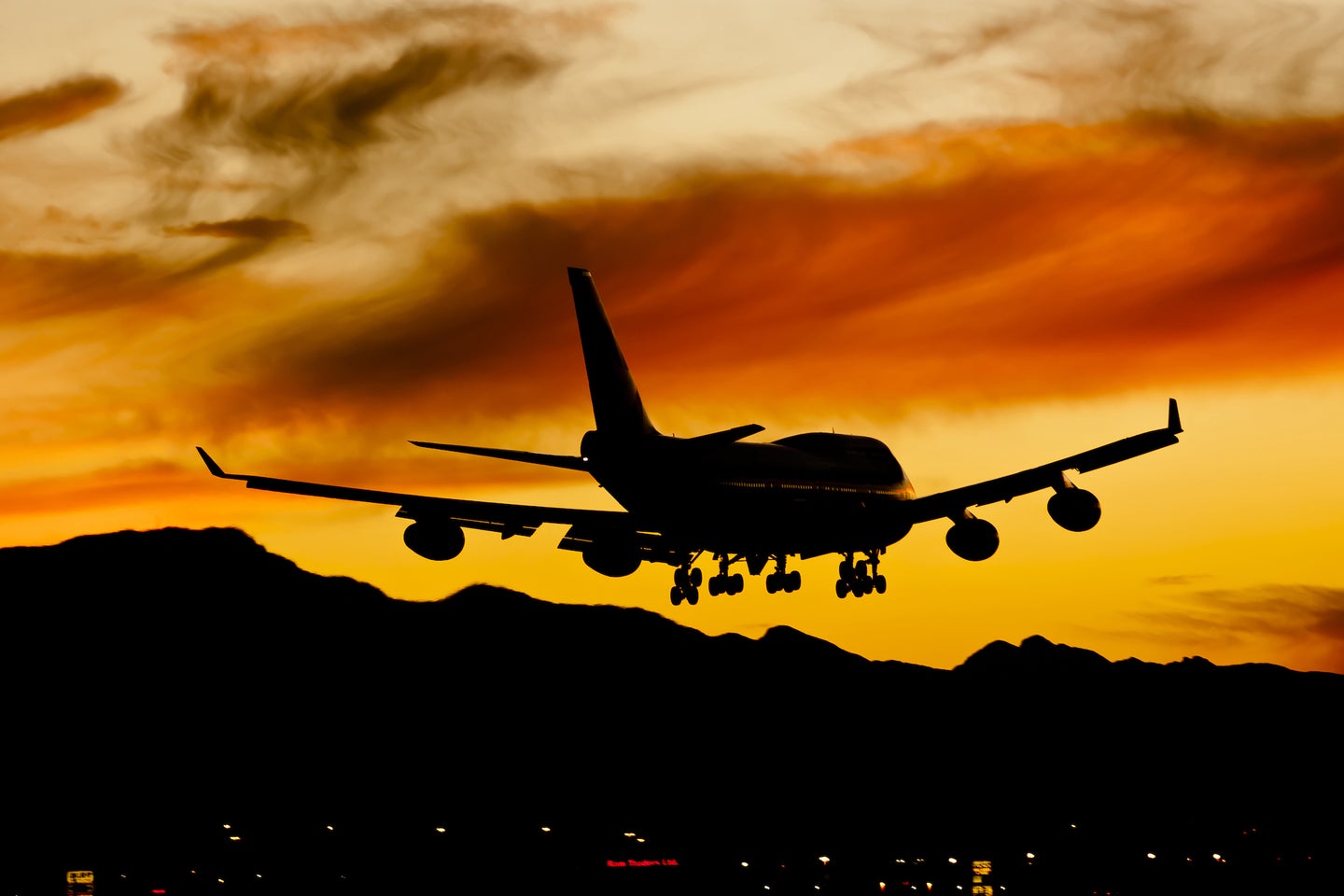 In this work of nonfiction, Mark Vanhoenacker—a pilot who flies the Boeing 787 Dreamliner from London to cities around the world—moves between memories of his childhood in small-town New England and an adult life that encompasses more cities than he ever imagined possible. Each chapter focuses on a particular aspect of city geography or life. In this excerpt from the chapter titled “City of Air,” Vanhoenacker pairs his first flying lesson in Pittsfield, Massachusetts with a flight as a Boeing 747 pilot to Nairobi, Kenya’s mile-high capital.

I’m sixteen and as excited as I’ve ever been in my life. I’ve come to my hometown’s municipal airport many times to watch the planes with my parents, but I’ve never before come for a flying lesson.

The instructor says he has some paperwork to complete before we head out to his aircraft. He’s filling the boxes of a form, at a speed that suggests he’s done this many times. He asks me how much I weigh. Then he looks to a gauge, which I realize indicates the temperature of the outside air, rather than the air of this room in a low, ordinary building next to the apron where Pittsfield’s planes rest.

The air here isn’t usually a problem, he says as he works, we’re not that high up. It’s nothing like you might find out west. And anyway, today isn’t hot. But if you calculate your takeoff performance every time, he adds, as he opens a spiral-bound manual and runs his finger across a finely lined graph, if you do it no matter where you are in the world, you’ll never get caught out.

Dusk fell while we were over Sudan, near the place where the Blue and White Niles meet and Khartoum rises. Now, between the clear stars and the unseen highlands of Ethiopia, we’re completing the preparations for our approach to Nairobi.

African cities such as Johannesburg, Windhoek, Kampala, Lusaka, and Gaborone, as well as Addis Ababa, which is not far to the northeast of our present position, and Nairobi itself, dead ahead, have something in common: all sit at high elevations (Gaborone’s airport, at 3,299 feet, is the lowest of these seven; Addis Ababa is the highest, at 7,625 feet). Temperature falls with altitude, and one result of their loftiness is that they all have a far more temperate climate than would otherwise be expected for inland cities on our hottest continent. Nevertheless, they are much warmer than the standard scientific model of the atmosphere postulates, and so pilots describe them—along with cities that share similar positions or elevations, such as Mexico City, Tehran, and Denver, especially in summer—as “hot and high.”

That standard model of the atmosphere is of enormous importance to pilots, because it allows us to calculate how divergences from it—most dramatically, those associated with hot and high cities—affect flight. Higher or hotter air is thinner, which means engines have less of it to breathe. In thinner air we must also fly faster to obtain the same amount of lift from the wings. On an approach to a hot and high city, thanks to our higher speed, our turns are wider, and we might require half as many miles again to slow to our landing speed. Finally, after we land, we require more of the runway to slow down, and in doing so we impart much more heat to the brakes.

Tonight, the air of Nairobi—whose airport sits at an official elevation of 5,330 feet, or just over one mile—offers a textbook example of hot and high conditions. The temperature at the airport is in the mid-70s. (Mom, who was no fan of New England’s cold winters in her later years, nor its humid summers, once asked my well-traveled dad, in half-exasperation, if there was anywhere on Earth where the air is so mild that she could forget about its temperature entirely, throughout the year. A city near the equator, but one high enough to be temperate, like Nairobi or Quito, Dad amiably suggested, identifying “hot and high” conditions without ever using the aviation term.) In fact, however, though the temperature in Nairobi tonight seems perfectly agreeable, its divergence from the standard atmospheric model—according to which we’d expect a city at this elevation to have a temperature of only around 40 degrees—is extreme.

We receive our final descent clearance and proceed southwest, past the city, before turning northeast to align with the runway. As we fly near the ridgeline-mounted navigation beacon known as Ngong we deploy the speedbrakes, the panels on the wing that produce a distinctive, low hmmmm as they extend into the fast-flowing air, and we lower the landing gear earlier than usual. Despite these efforts to slow ourselves, everything that happens now—the final descent, the lights of the city’s outer settlements streaming past— does so more quickly than usual, and at higher altitudes, which only intensifies the sensation that we’re approaching a metropolis at rest still some way up in the sky.

We pass over the runway threshold, close the thrust levers, and guide 275 tons of 747 past a lifeless windsock. As soon as the wheels touch we set the engines to their maximum reverse setting—it’s all we can do to ease the burden on the brakes—and after their long hours of forward propulsion the engines gather up what tons of Nairobi’s attenuated air they can and hurl them out ahead of us. We turn off the glittering runway onto a darker and deserted taxiway, and as we roll through this African night it seems that in all Nairobi, if not on all the earth, ours might be the only vehicle in motion. We park and I carefully shut down the four engines—one at a time, from right to left. Their roars fall away sequentially, in long, metallic sighs, and I watch the digits spin down on the gauges, until each fan is still.

Buy Imagine a City: A Pilot’s Journey Across the Urban World by Mark Vanhoenacker here.