Forabot’s job is to image, ID, and categorize the tiny shells left behind by marine organisms called foraminiferas. 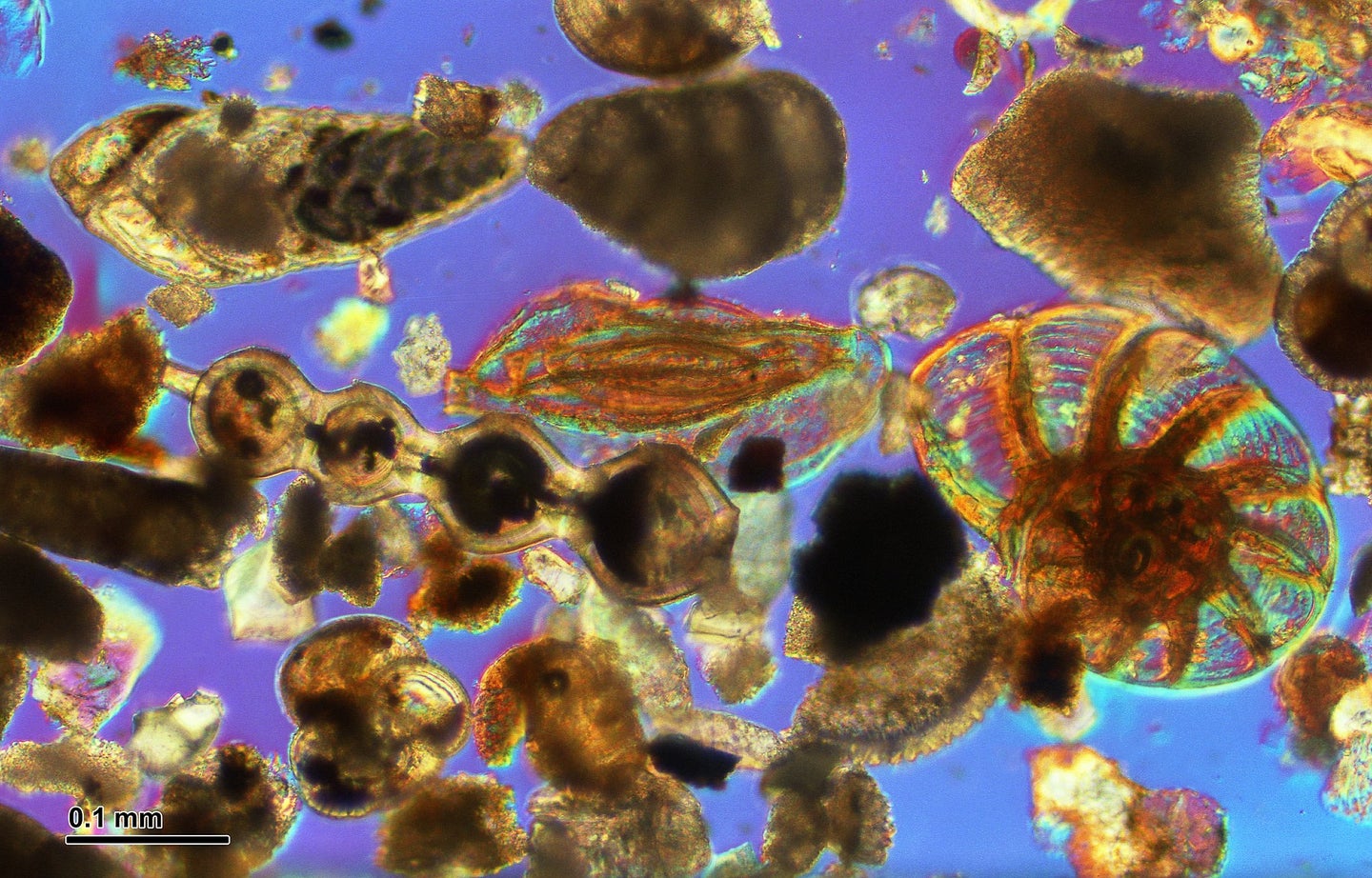 Tiny marine fossils called foraminifera, or forams, have been instrumental in guiding scientists studying global climate through the ages. The oldest record of their existence, evident through the millimeter-wide shells they leave behind when they die, date back more than 500 million years. In their heyday, these single-celled protists thrived across many marine environments—so much so that a lot of seafloor sediments are comprised of their remains.

The shells, which are varied and intricate, can provide valuable insights into the state of the ocean, along with its chemistry and temperature, during the time that the forams were alive. But so far, the process of identifying, cataloging, and sorting through these microscopic organisms has been a tedious chore for research labs around the world.

Now, there is hope that the menial job may get outsourced to a more mechanical workforce in the future. A team of engineers from North Carolina State University and University of Colorado Boulder has built a robot specifically designed to isolate, image, and classify individual forams by species. It’s called the Forabot, and is constructed from off-the-shelf robotics components and a custom artificial intelligence software (now open-source). In a small proof-of-concept study published this week in the journal Geochemistry, Geophysics, Geosystems, the technology had an ID accuracy of 79 percent.

“Due to the small size and great abundance of planktic foraminifera, hundreds or possibly thousands can often be picked from a single cubic centimeter of ocean floor mud,” the authors wrote in their paper. “Researchers utilize relative abundances of foram species in a sample, as well as determine the stable isotope and trace element compositions of their fossilized remains to learn about their paleoenvironment.”

[Related: Your gaming skills could help teach an AI to identify jellyfish and whales]

Before any formal analyses can happen, however, the foraminifera  have to be sorted. That’s where Forabot could come in. After scientists wash and sieve samples filled with sand-like shells, they place the materials into a container called the isolation tower. From there, single forams are transferred to another container called the imaging tower where an automated camera captures a series of shots of the specimen that’s then fed to the AI software for identification. Once the specimen gets classified by the computer, it is then shuttled to a sorting station, where it is dispensed into a corresponding well based on species. In its current form, Forabot can distinguish six different species of foram, and can process 27 forams per hour (quick math by the researchers indicate that it can go through around 600 fossils a day).

For the classification software, the team modified a neural network called VGG-16 that had been pretrained on more than 34,000 planktonic foram images that were collected worldwide as part of the Endless Forams project. “This is a proof-of-concept prototype, so we’ll be expanding the number of foram species it is able to identify,” Edgar Lobaton, an associate professor at NC State University and an author on the paper, said in a press release. “And we’re optimistic we’ll also be able to improve the number of forams it can process per hour.”

Watch Forabot at work below: