Beef up your hardware and software skills simultaneously. 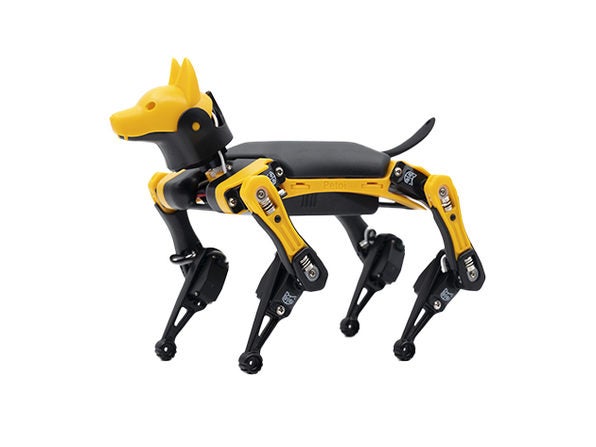 Children these days don’t need much for entertainment. Simply hand them a tablet or computer, or perhaps park them in front of a television, and they’re pretty much set for the entire day. But while there’s nothing particularly wrong with having them consume their favorite media, there are other things that are also worth their time, too.

If you want them to learn while having fun at the same time, giving them educational toys is the way to go. For starters, you can have them tinker with Petoi Bittle: Palm-Sized Robot Dog for STEM & Fun, on sale for just $299 (reg $329). The Bittle kit comes with a puzzle-like frame and demo codes kids and adults can experiment with, and it’s highly programmable with C++ and Python coding as well as extensible with Raspberry Pi and Arduino.

With the Arduino board, you can clip on various sensors to bring in perception to the robot dog. You even have the option to integrate artificial intelligence capabilities by mounting a Raspberry Pi or other AI chips through wired/wireless connections.

Not fond of dogs? There’s also the Nybble, which is Bittle’s feline counterpart. It can mimic real cat-like behaviors which you can control with the Arduino board, and you can program it to do all sorts of cute tricks you wish. With these pet robots, people can beef up their hardware and programming skills simultaneously and have fun while at it.

And the best part about these robotic pets, which were successfully funded on IndieGoGo? You don’t have to feed them. The Petoi Bittle typically costs $329, but you can grab it on sale for only $299. Meanwhile, the Petoi Nybble is normally priced at $279, but you can score it for just $249.