A parent’s guide to the vast world of Roblox

This simple, wide-ranging game is popular with young kids for a reason. 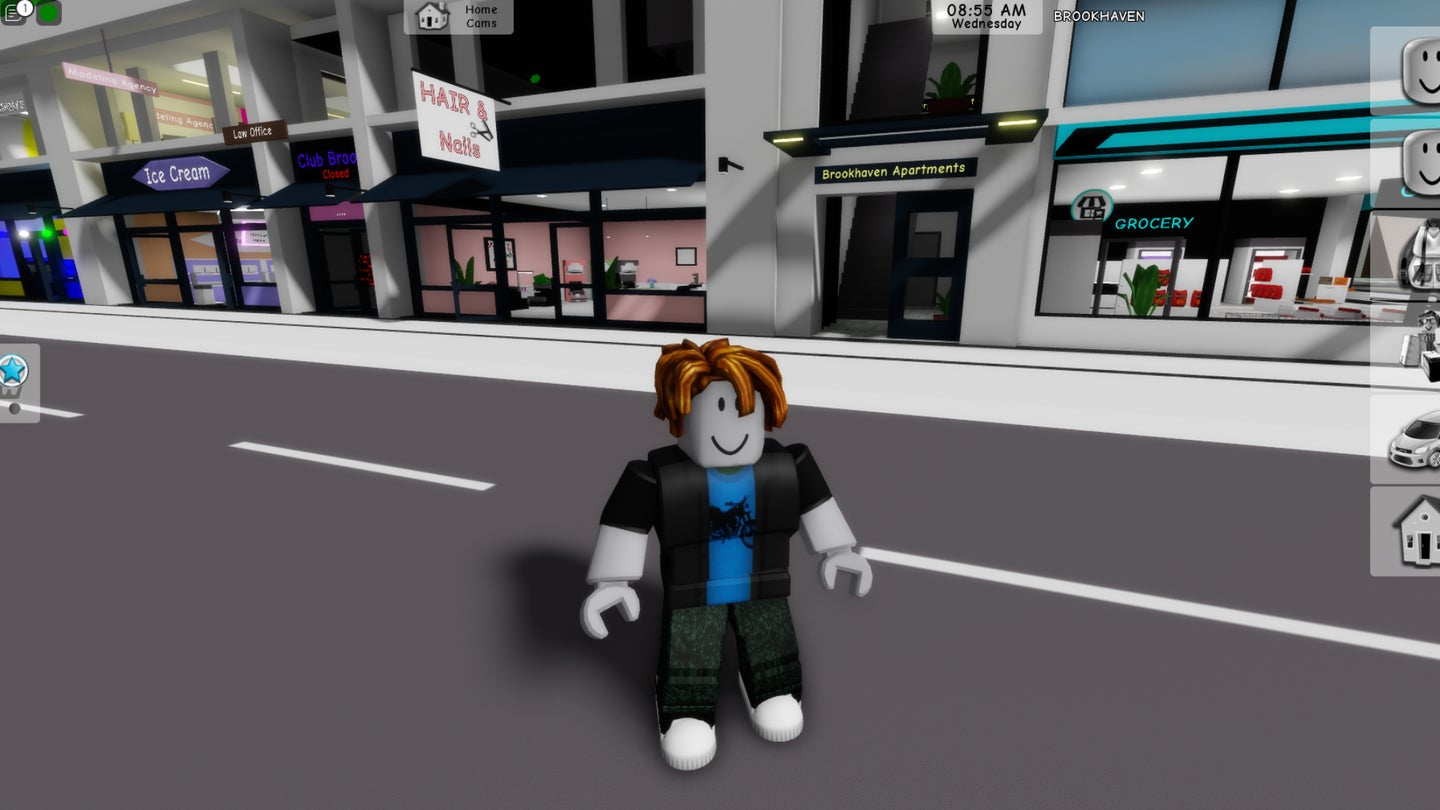 Hey there, you look a little lost. Jean Levasseur
SHARE

Almost every day when my kids get off the bus, they’re chatting with their friends about Roblox. This is odd, because my kids hadn’t played before I started writing this article three weeks ago. Not having played, however, has never stopped my kids from loving something and insisting that they’re experts (here’s looking at you, Minecraft). So before I turned them loose on a brand new game, I decided to check out Roblox for myself and find out what the hype among 6- and 7-year-olds was all about.

What I found was surprising: not one game but an eclectic and varied collection of experiences to fit any taste, all running on a simple, if a bit clunky, user interface. As an adult, there’s not much about Roblox that I enjoy more than say, Assassin’s Creed, Apex Legends, or Fortnite, but there are few gems there. That said, I can see why kids, especially those not yet old enough for more advanced games, absolutely love the simplicity and straightforward approach of most games within the Roblox ecosystem.

As mentioned above, Roblox isn’t one game. Instead, it is a platform available on Windows, Xbox One, Amazon, Android, and Apple devices that allows anyone to create their own games—or as Roblox calls them: experiences. According to the game’s corporate website, there are more than 11 million different games available, covering nearly every genre and area of interest. They also span a wide spectrum of quality. Some are outstanding feats of game design, some are published but clearly incomplete, and some are all-but unplayable. But each one represents the creativity of an individual or group, whether they’re amateur game designers or professionals working for an established company.

With 11 million potential gaming experiences, you’ll be hard-pressed to think of a kind of game that isn’t represented somewhere in Roblox. I’ve found quality shooters, martial arts fighters, world-builders, role-playing games, racing games, and recreations of some of my favorite childhood gaming titles, like Sonic. My personal favorites so far are the world-building games, because I find the controls for the faster-paced fighting and driving games to be a bit sluggish. But in just a couple of weeks of playing, I’ve found games in just about every genre that are worth playing.

Is Roblox good for kids?

In a word, yes. Because of the huge variety of available games, there are experiences that will appeal to children of all ages and interests. I asked the kids at our morning bus stop (kindergarteners, first- and second-graders) what games I should check out for this article, and they gave me a long list. One thing I found striking is that these younger kids tended to prefer role-playing games. One popular suggestion was Adopt Me, a game where you adopt pets and take care of them. Players can dress up their pets in all kinds of outfits, costume their character to match, and even design their own house. Brookhaven is another experience they all recommended, and it seems similar to the game Second Life. Players load into a city and have to build a life for themselves as their chosen alter ego. These types of role-playing games seem like an extension of kids’ natural imaginative play, just on a digital platform.

[Related: A parent’s guide to playing Fortnite with your kids]

Roblox also has a number of features that give parents control over the types of content their children are exposed to. Children’s accounts can be restricted only to lists of appropriate games, curated by the Roblox staff. Financial transactions can be turned off or limited. Chat features and friend requests can be limited or completely turned off—which is probably a good idea because many of the in-game conversations are inappropriate for younger kids despite Roblox’s moderation efforts.

As always, don’t rely on the in-game settings to keep your kids safe online. Talk to them about how to be a good digital citizen and what to do if they come across inappropriate content.

Decide how much you want to spend

Roblox is free to play, but as with most such games, there are plenty of things your kids will ask you to buy. Players can purchase cosmetic content to jazz up their in-game avatars, such as clothes, jewelry, decorative weapons, and other purely aesthetic items. They can also purchase experience passes in some games, which give players enhanced abilities in the game. These might include extra health, strength, an improved starting item loadout, or fancier vehicles. Finally, players can opt to purchase a premium membership, which gives a monthly stipend of Robux, the in-game currency, and access to Roblox’s trading system.

One thing to keep in mind as you’re deciding how much to spend is that some percentage of the money goes back to the creator of the games your kids are playing, not just to the Roblox company. Roblox claims that on average, 28 cents of every dollar spent on the platform is paid out to the game creators in some way. While some of those creators are large corporate operators, a good number of them are smaller creators who will almost certainly appreciate the support.

Can you really build your own games?

Roblox is successful in large part because of the huge community of game designers who have contributed to the platform. And those contributions are powered by the relatively easy-to-use design interface that Roblox has created with Roblox Studio.

There are two major elements to designing a game in Roblox. The first is creating the world map, which isn’t overly complicated. You can load in a blank world, or adapt one of the many pre-designed templates to your needs. The interface will let you create terrain; place existing structures and objects such as animals, vehicles, and buildings; or build something completely your own with a few basic digital tools. While there is a learning curve if you want to get into more complex builds, anyone can master the map-building portion of the Studio.

Walking around a map is fun, but to truly turn those worlds into a game, you’ll need to get into scripting, the second part of game development. This is where Roblox Studio stepped out of both my comfort level and available time to master. The Studio uses a lightweight and learnable programming language called Lua. While it’s not one of the more difficult languages out there, it is still programming, so it takes practice and study to master. Roblox has a fairly in-depth series of courses on how to build games that will walk you through learning Lua, so you and/or your kids can absolutely start building if you’re willing to put in the time and effort. And this is where Roblox can transition from a fun gaming experience to a learning one as your kids put in the work to actually bring their vision to life.

I can’t wait to try out their creations.