No more lines in your 3-D printed objects! 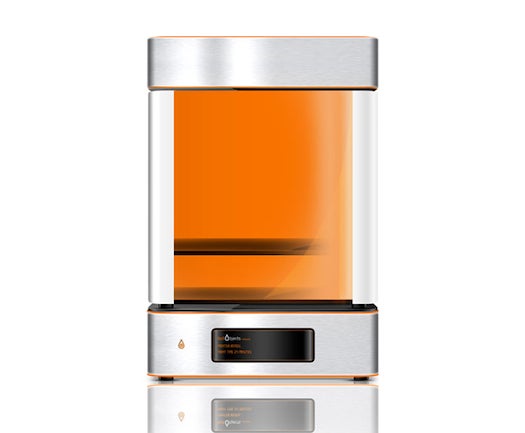 Desktop 3-D printers often have a resolution problem. Resolution refers to the size of the stream of molten plastic laid down by the machine in layers; if the layers are too big, they become visible, so you can see and feel the grooves in the finished product. Not good! But the ProDesk3D from botObjects, an as-yet-unreleased 3-D printer, says they’ve conquered this problem.

The ProDesk3D has a 25 micron resolution, while the Makerbot’s Replicator 2 is 100 microns. We haven’t seen the botObjects printer in person yet, though the mockups look beautiful, but we’re certainly intrigued by the high resolution and “full-color” abilities; botObjects says they’re using different-colored cartridges, like an inkjet printer, to mix and print on the fly rather than having to swap out a single-color spool of raw plastic. It’s not clear exactly how that works, though we suspect they’re using ink to color the ABS plastic (the same material used by the Makerbot) as it prints. This is the first time we’ve seen a video of the printer in action–looks pretty cool! Check it out: