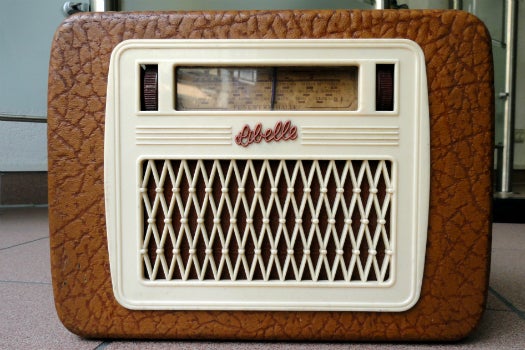 BBC’s Future Media North Lab has created a responsive radio that’s capable of changing the broadcast you hear based on your location, your proximity to the device and other factors.

The Perceptive Radio premiered at the Thinking Digital conference yesterday in Gateshead, U.K. 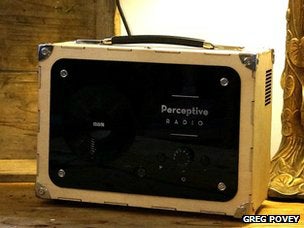 The WiFi-streaming radio features a computer-generated voice that pulls data from external sources and can vary its references to the location of the listener and tailor weather-related references like “it’s sunny” or “it’s raining” accordingly. Its microphone monitors background noise and can adjust audio levels for specific sounds, amplifying speech and reducing background sounds, for example, if you’re sitting farther away.

According to The Next Web, the BBC’s Ian Forrester has suggested that it could be used in homes to create a kind of radio-drama karaoke that audiences could participate in.

BBC technologist Tony Churnside told BBC News it represents “the early stages of looking at what next-generation broadcasting is.” He compared it to responsive web design, shaping the user’s experience based on the different devices they might be on.

You can see a demonstration here of a short audio drama about a woman stuck in an elevator produced with Perceptive Media technology.