The British businessman's fraud likely killed many soldiers who relied on the bogus devices to detect explosives. 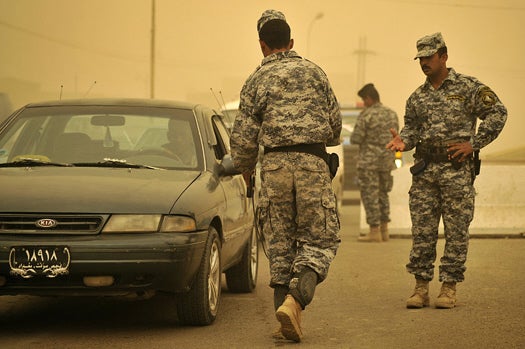 If there is a bomb in that car, that device won't detect it. U.S. Navy via wikimedia commons
SHARE

It turns out someone can make millions in defense technology without any skill, innovation, or relevant expertise. Instead, as businessman James McCormick found out, it just takes some snakeoil, salesmanship, hubris, a couple bribes, and a lack of scruples. A London court found McCormick guilty of fraud on April 24.

McCormick sold his product as a bomb detection tool to governments experiencing internal violence and bomb attacks, including Iraq. Commonly labeled ADE 651, it was also sold as GT2000 or Alpha 6, with a $40,000 price tag.

The science behind the device is simple: It doesn’t work. It lacks any working electronic components that could conceivably resemble something that worked. Based on a $20 novelty golf ball finder, the device resembles nothing so much as a dowsing rod.

How did he manage to sell $75 million worth of useless product? In 2010, McCormick’s company was under investigation in Iraq, with a report by the Iraqi Ministry of the Interior noting “that many lives have been lost due to the wands’ utter ineffectiveness.” That report and investigation was later quashed. Why? The fact that “75% of the value of the contract went to kickbacks received by [Iraqi] officials” might explain some of it. Corruption was also involved in sales of the device to Mexico and Thailand.

Watch James Randi discuss the magical thinking that allowed McCormick to sell so many fake devices: