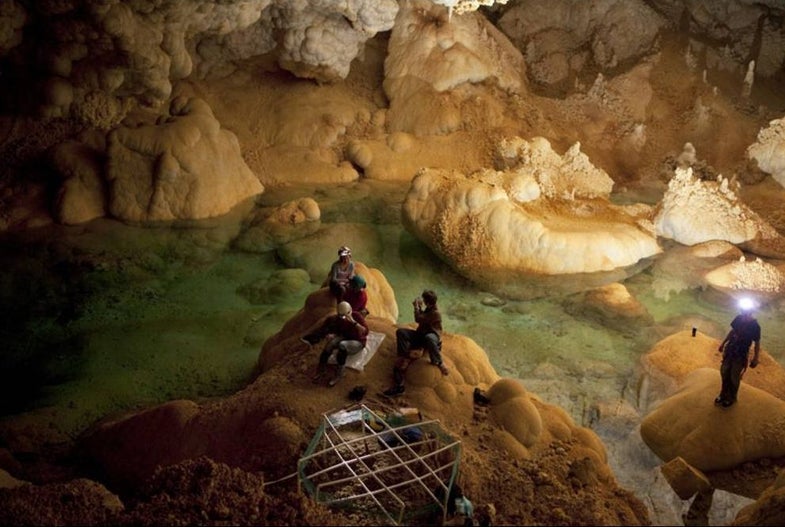 Most underground radio doesn't get quite this deep. Brad Horn
SHARE

Science fair projects don’t get much cooler than a texting device that broke the record for deepest known underground digital communication in the United States. Such a device may help save people trapped deep underground and even allow scientists to conduct remote cave research, all thanks to a teen inventor from Los Alamos, New Mexico. NPR took a firsthand look at the deep, dark foray.

Kendrick’s team climbed down to 946 feet, before they assembled a 6-foot-wide radio antenna out of PVC tubing and wire. Kendrick’s dad had hiked to a spot directly above the team on the surface and awaited a message.

The younger Kendrick then typed the word “happy” on a rubber keyboard, and “appy” appeared on the small screen aboveground being held by his father.

The effort won Kendrick the 2009 International Science Fair, along with a new computer, a Switzerland trip and $12,000. He hopes to make the radio more portable and durable for rescue crews, as well as for scientists who would want to monitor cave environments remotely.

If that doesn’t inspire young people to try their hand at becoming high school inventors, we don’t know what will.