The latest in smart limb technology went on public display for the first time Nov. 4. 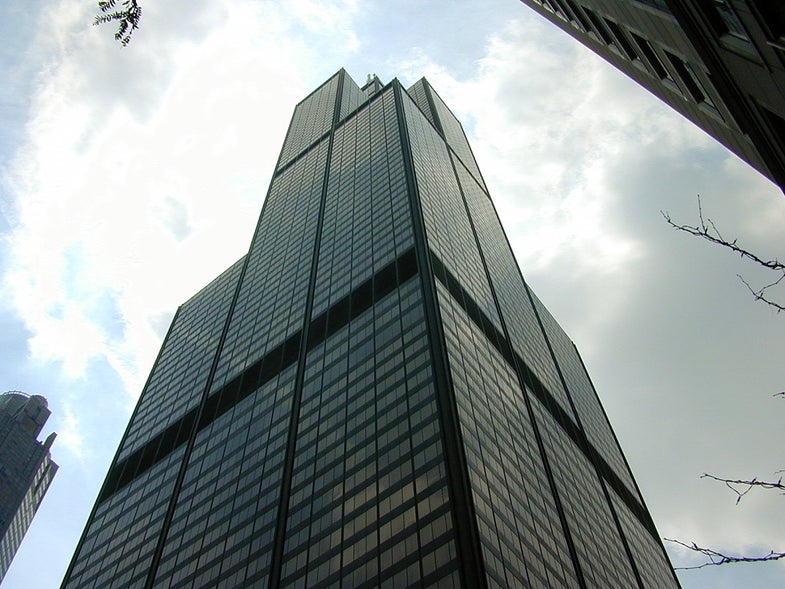 A man with a mind-controlled bionic leg climbed to the top of Chicago’s famous Willis Tower Sunday, part of a charity stair-climbing event. Zac Vawter, 31, lost his right leg in a motorcycle accident and is the first person to climb that many floors wearing a bionic limb.

Vawter lives in Yelm, Wash., with his wife and two children, but is a patient at the Rehabilitation Institute of Chicago, which sponsored the event. The leg is designed to respond to electrical pulses from muscles in his hamstring, according to the Associated Press. When he thinks about climbing a stair and begins to move his leg, the bionic leg synchronizes its movement to his muscles, ensuring a smooth gait. The leg weighs about 10 pounds and contains two motors, which drive a belt and chain system that swings the leg at the knee joint.

The Rehabilitation Institute is developing the leg with an $8 million grant from the Defense Department, and its partners include MIT, Vanderbilt and other universities. The AP story is a little unclear about how it works, but if it’s thought-controlled, it sounds like a major advance in the world of bionic limbs.

Other bionic systems we’ve seen envelop a user in an exoskeleton, like the Ekso bionic suit developed by Ekso Bionics (formerly Berkeley Bionics). Those are used by paraplegics who still have their limbs, but cannot use them. This one would help patients with above-the-knee amputations, which in many ways are more complicated. A bionic leg with a robotic knee, calf and foot has three components that must all work together, not to mention without interfering with the other functional leg.

Vawter practiced by using a stairmaster at a gym, and researchers spent months adjusting the leg so “it would respond to his thoughts,” as the AP puts it. Vawter won’t get to keep it, though. The experimental leg will stay behind in Chicago, where researchers will refine its steering and other components before taking it to market.