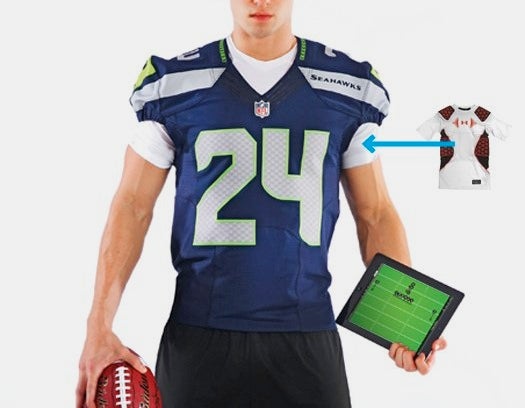 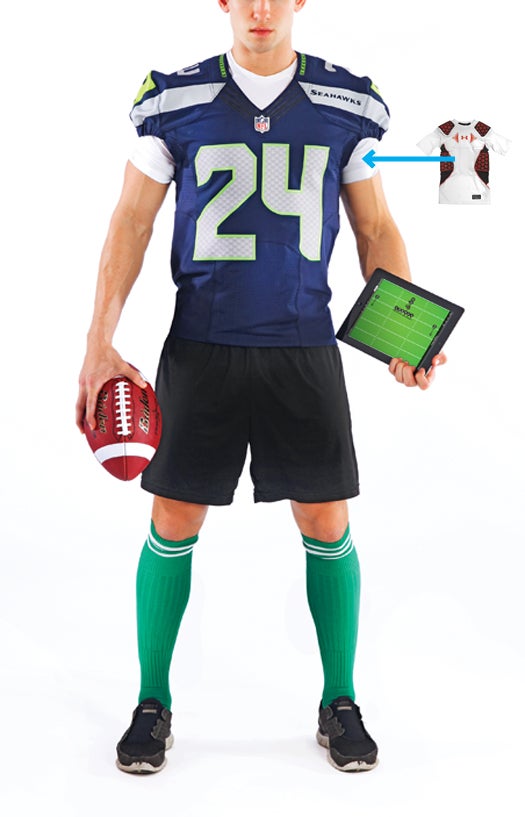 Not everyone takes neighborhood games of touch, flag — or tackle — football lightly. It can be serious business, which calls for serious gear — gear that may not be totally pro-level but is at least inspired by it.

Football
Quarterbacks will throw spirals more easily with the Baden Perfection than with other pigskins. The ball slopes at a steeper-than-normal 49.3-degree angle from the stripe to the nose, which forces the player’s index finger to grip the center of the ball more tightly. That centralized pressure helps initiate stronger spins. Baden Perfection F7000L Football $60

Jersey
The fit of the new NFL uniforms, made by Nike for 2012, is as pro grade as its price tag, leaving almost no loose fabric for opponents to grab. Designers wound the exterior of the polyester jersey with high-strength Kevlar. The semirigid material conforms to a player’s body as he moves to keep the shirt tight on his frame. Nike Elite Jersey $250

Padding
The 0.2-inch-thick pads on the Stealth 5 undershirt provide the thinnest protection available. Dual-density memory-foam pads cover the player’s shoulders, spine, and ribs. The outer, denser layer absorbs the initial impact from an overzealous 300-pound neighbor, and the inner layer dissipates any remaining force laterally, so less of it reaches the body. Under Armour MPZ Stealth 5 Pad Impact Top $80

Digital playbook
With the PlayLocker iPad app players can create, animate, and share plays. Coaches plot out their attacks on a series of frames, which the app animates at up to four frames per second. Teammates receive the play as a notification from the app on their own iPhones or iPads—and then safely stow them on the sidelines. PlayLocker Football for IOS From $1

This article originally appeared in the October issue of Popular Science.