Select Kit-Kat bars in the UK will contain GPS devices, which Nestlé will use to find the buyers and give them a cash prize. 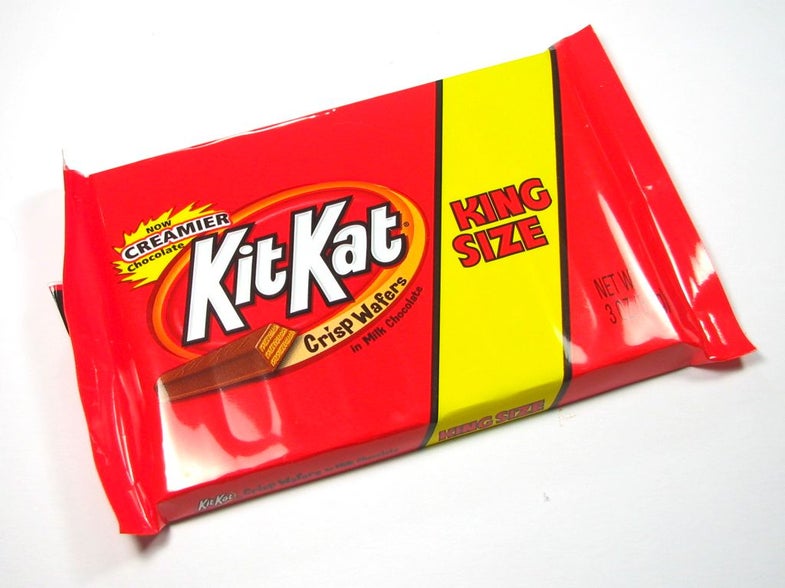 Customers buying Kit-Kat bars in the United Kingdom could be unwrapping a 21st-century version of Willy Wonka’s Golden Ticket–a GPS unit the candy-maker will use to find them, apprehend them and give them a prize. Nestlé claims to be the first to market its chocolatey wares with a GPS-based promotion.

The somewhat sinister-sounding “We Will Find You” campaign will place a GPS-enabled bar inside four versions of Kit-Kats. Inside the wrapper, it would look exactly like a regular Kit-Kat, according to the York Press newspaper, in the town where Nestlé is based. When the would-be snacker pulls a tab to open the wrapper, the GPS device will turn on, which will notify the company. Then a “prize team” will locate this person within 24 hours and hand him or her a check for £10,000 (about $16,000).

Nestlé said they devised the campaign to appeal to men, who presumably like GPS technology. It is backing the marketing blitz with TV ads and a smartphone campaign, wherein users are supposed to scan QR codes on Kit-Kat ads or use NFC-equipped phones to enter an online competition.

While Nestlé may be the first to do this with candy, they’re not the first to use GPS to track their customers. As Network World points out, multinational soap-and-ice-cream supplier Unilever added a GPS device to a box of laundry soap it sells in Brazil, and stalked 50 shoppers to their front doors to give them prizes.

Soda, fast food and candy wrappers always have some kind of contest running, but those usually rely on the consumer to notice the special winning code or wrapper and go get the prize. Tracking people down is definitely a different concept.