The Next Generation of Cocaine-Smuggling Drug Submarines

The latest models come with A/C, shark paint jobs and quick-scuttle technology to easily sink the ship (and the drugs inside them) 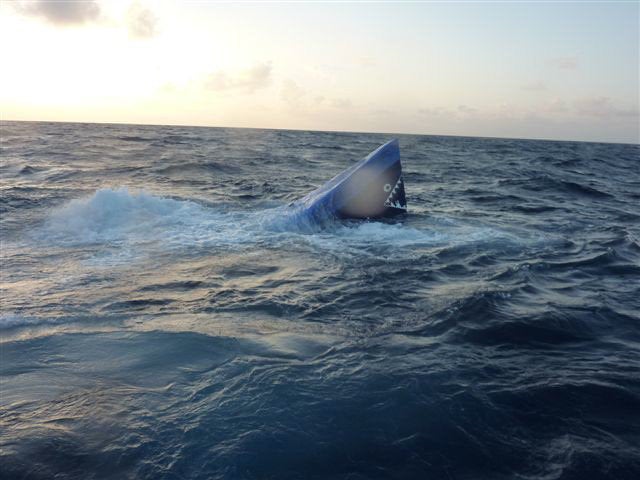 Drug smugglers will resort to any number of creative DIY solutions for bringing their illicit goods to the United States, from marijuana catapults to mega-tunnels. But a new fleet of diesel-powered, fully submersible narco-subs could be the bane of law enforcement’s existence.

Far from the rickety, barely-submerged metal husks first discovered a few years ago, the latest fiberglass models come equipped with air conditioning, shark paint jobs and quick-scuttle technology, to easily sink the ship and the drugs inside them. The subs would be “the envy of all but a few nations,” as the New York Times describes them.

Intelligence officials first heard of drug-smuggling subs in the 1990s, but the vessels didn’t start getting serious attention until 2006, in the eastern Pacific Ocean. In November of that year, the U.S. Coast Guard intercepted a semi-submersible they dubbed “Bigfoot,” because officials weren’t sure it existed until they saw it. Now, federal authorities have seized at least 25 such ships in the Pacific.

In a raid last August, Coast Guard officers intercepted 15,000 pounds of cocaine, worth $180 million, in a sub captured off the coast of Honduras — the first time a submarine was intercepted in the Caribbean. That was a semi-submersible model, made of fiberglass and wood and painted to blend in with the sea surface.

The government has since captured three newer, fully submersible models, which can haul 10 tons of cocaine and conceivably travel beneath the surface all the way from Ecuador to Los Angeles, according to the Times.

The semi-submersibles are typically a little less than 100 feet long, and can carry four or five crewmembers and up to 10 metric tons of drugs, the Coast Guard says. Officials estimate they’re very cheap to make, costing about $1 million and capable of moving $150 million to $180 million in cocaine per load, according to the Miami Herald.

Retired Army Gen. Barry McCaffrey, the former U.S. drug czar and a SOCOM commander, told the Herald this spring that the first subs were far from advanced — he evoked memories of the Monitor and the Merrimack, the wooden subs from the American Civil War. “It was Colombian, they had two Russian engineers, probably just unemployed sub guys helping to design the thing,” McCaffrey told the newspaper. “I thought it was the silliest thing I ever heard of in my life.”

Nowadays, things are definitely different: The newer, more sophisticated subs are probably built by independent contractors, who more than likely would sell them to the highest bidder. This has counterterrorism officials worried, the Times says. The subs are built in the thick jungles of central America, where they would be hard to detect via aerial surveillance.

But sometimes they can be found in their drydock states. In 2010 Drug Enforcement Agency, the and the Ecuadoran military seized a submarine that had been built and hidden in the jungle. That twin-screw, diesel electric-powered sub was about nine feet high from the deck to the ceiling, according to the DEA. It was about 30 meters (98 feet) long and described as “sophisticated,” even containing its own air conditioning system. That sub never set sail, but the discovery in Honduras pointed to a potential Caribbean fleet. Now it sounds like a growing trend. 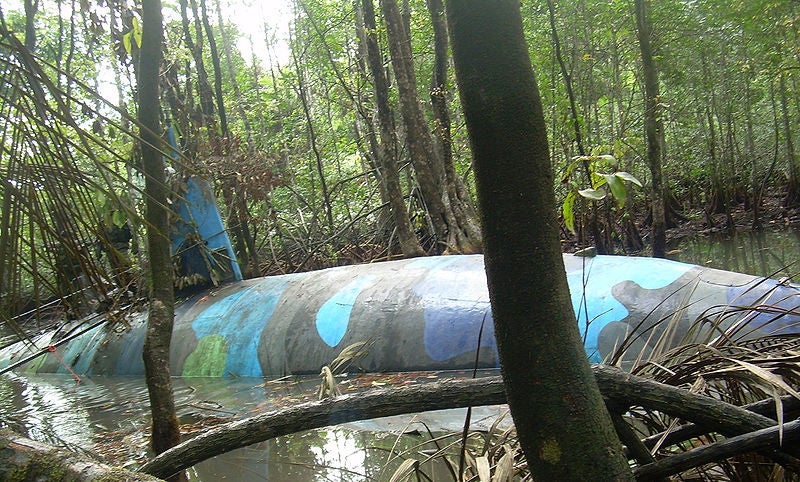 This narco-sub was seized in Ecuador in 2010, according to the U.S. Drug Enforcement Agency.