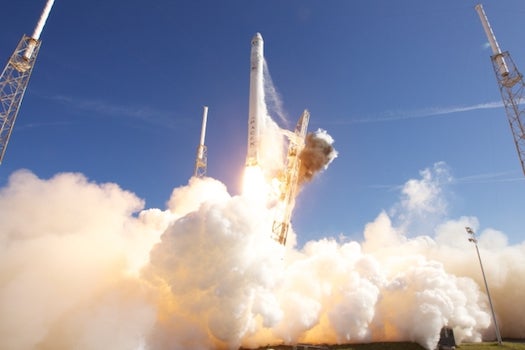 The dust has settled on the final round of NASA’s Commercial Crew integrated Capability program project, and three winners have been given funding for the next round of American-made space taxis: Boeing, who received $460 million; SpaceX with $440 million; and the Sierra Nevada Corporation, with a paltry $212.5. The companies will use it as seed money to create commercial spacecraft that U.S. astronauts will fly aboard.

With NASA’s space shuttle program shelved, it’s had to compensate for all of the spacecraft it won’t be making itself, instead investing in companies that have shown promise in creating commercially viable, safe spacecraft. Once those companies have created one, NASA can put their astronauts on board (maybe even alongside civilian space tourists).

In May, SpaceX made news by launching a privately built craft to the international space station. Boeing has developed a low-Earth orbit space capsule. Sierra Nevada has a somewhat similar Dream Chaser spaceplane project.

Between now and the end of May 2014, the companies will continue working on their spacecraft designs, and if they reach the milestones set by NASA, crewed missions will be underway soon after.