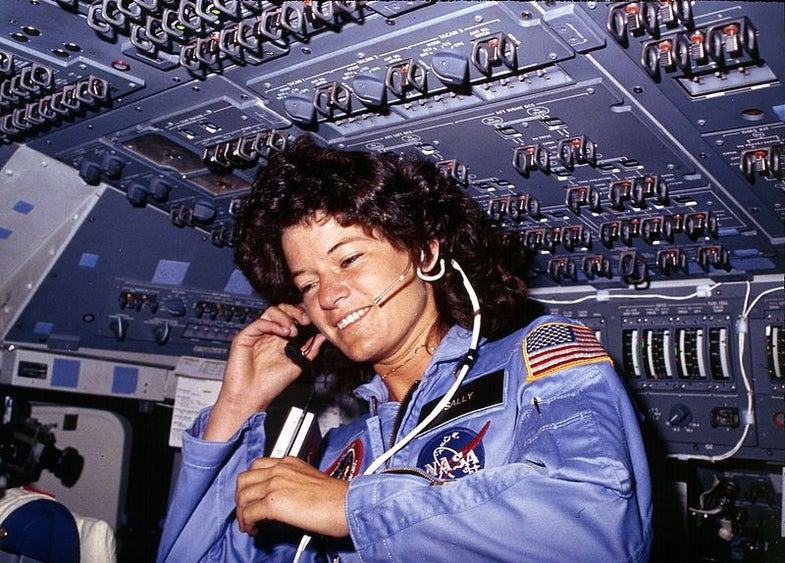 Sally Ride, America’s first female astronaut, died today in La Jolla, Calif., after a 17-month battle with pancreatic cancer. Ride was a doctoral candidate in physics at Stanford University in 1977 when she answered an ad placed by NASA seeking astronauts. She flew aboard the space shuttle Challenger in 1983, becoming not only America’s first woman in space, but at 32 years of age, also the youngest American to have traveled in space at that time. She left NASA in 1987, spending much of her time thereafter encouraging students–especially young women–to pursue careers in science and engineering. She was 61.