For now, the thousands of potential exoplanets discovered in the past two years are little more than curvy dips on... 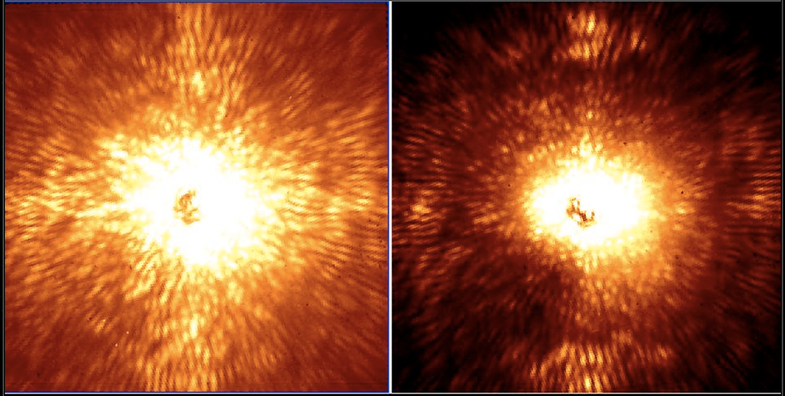 For now, the thousands of potential exoplanets discovered in the past two years are little more than curvy dips on a graph. Astronomers using the Kepler Space Telescope pick them out by examining the way they blot out their own stars’ light as they move through their orbits. But if astronomers could block out the stars themselves, they may be able to see the planets directly. A new adaptive optics system on the storied Palomar Observatory just started doing that — it’s the first of its kind capable of spotting planets outside our solar system.

The new system is called Project 1640, and it creates dark holes around stars that may harbor planets. It removes the blinding glare of starlight so astronomers can see the exoplanets. This is extremely hard to do, said Charles Beichman, executive director of the NASA Exoplanet Science Institute at Caltech. “Imagine trying to see a firefly whirling around a searchlight more than a thousand miles away,” he said in a statement.

Coronagraphs are used to block out starlight so scientists can see what lurks around the stars. But even when you block the brightest light, about half of it can still fuzz up an image, creating speckles and background light that will interfere with images of potential planets. To address this speckly starlight, Project 1640 uses the world’s most advanced adaptive optics system, and four separate instruments on Palomar’s 200-inch Hale telescope that image the infrared light generated by young, warm planets orbiting stars. 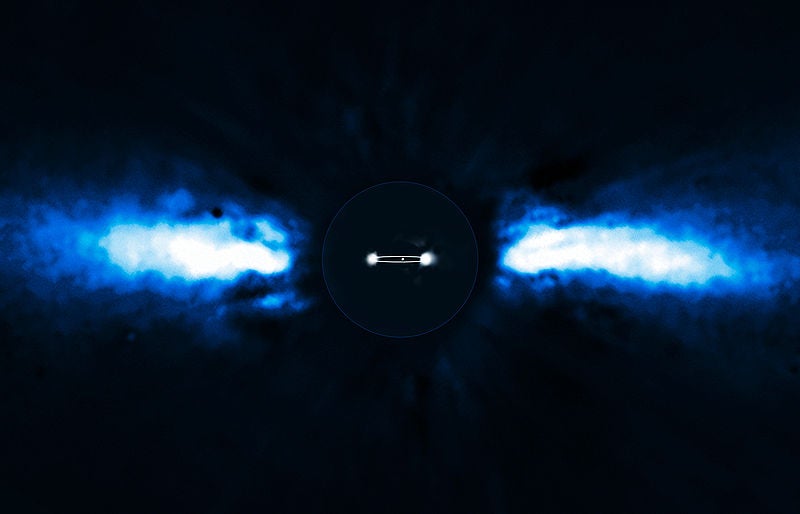 This image of the star Beta Pictoris shows a huge planet orbiting the star. The pale blue dots at the center are the planet, shown in two orbital configurations. The black disk is where the star would be; it’s blocked by a coronagraph. But more starlight is visible at the sides, which could potentially be outshining other, smaller planets in this solar system. A new adaptive optics system can remove this shine, too, unveiling new worlds around distant stars.

Its adaptive optics system can make more than 7 million active mirror deformations per second, with a precision level better than one nanometer. Its wave front sensor, which detects the atmosphere-caused deformations of light hitting the telescope, is also sensitive to a nanometer. As the system detects perturbations in the light waves coming into the telescope, it continually adjusts and deforms to block out the light as effectively as possible.

The system can resolve objects 1 million to 10 million times fainter than the object at the center of the image, which is usually the star. With that level of sensitivity, astronomers may be able to see planets.

Now that it’s up and running, as of late June, astronomers have embarked on a three-year survey of hot young stars. The planets they will detect with this method will probably be large hot Jupiters, and so unlikely to contain life — but their moons potentially could. In any event, it’s likely to be yet another major player in the planet-hunting business.