Does this man have a robot problem? 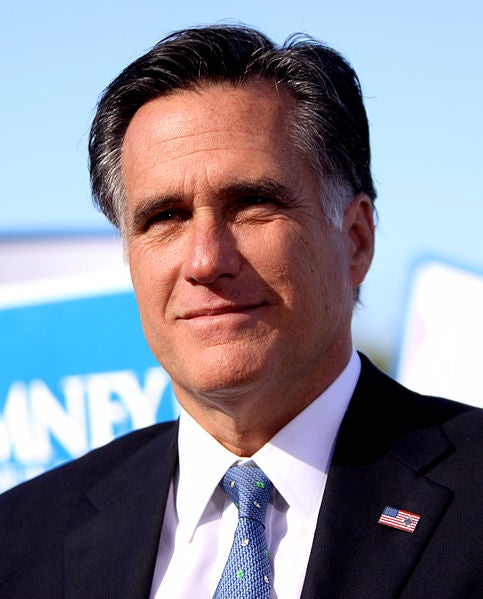 The presumptive Republican nominee looks pretty much like a presidential contender should, with the right business-y haircut, dazzling smile and nice-seeming family. But he has a really hard time connecting with voters. Over at the Atlantic, Brian Fung says this is because he’s like a creepy robot — almost too perfect, yet wrong, and therefore deep in Uncanny Valley.

Romney looks right, but is undeniably uncomfortable in public situations, sinking into awkward moments where he does not seem to know where to put his limbs. Or breaking into uncomfortable song.

Robots do this too, and it’s discomfiting when they’re so close to human, but missing that essential element.

The theory of uncanny valley holds that the more realistic a robot or machine appears, the more humans like it — but only up to a point. As a machine takes on very human characteristics or behaviors, our minds interpret them as so human-like that they make us uncomfortable, even sick. This precipitous drop in our comfort level is called the uncanny valley. Is that what’s going on with Romney? He’s so close to an ideal candidate, but yet so far, that he repulses us?

We’re not going to pass any judgments here, but it’s an intriguing question. Head over to the Atlantic for an analysis of Romney’s robot problem.