For the last time ever, the space shuttle parted ways from the International Space Station this morning, preparing to come... 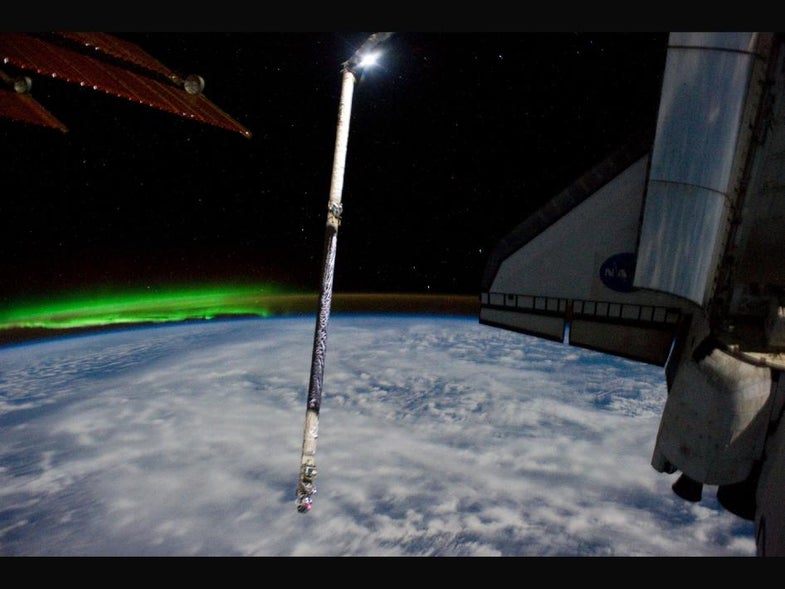 For the last time ever, the space shuttle parted ways from the International Space Station this morning, preparing to come back to Earth for good.

Atlantis slipped away at 2:28 a.m. EDT Tuesday, flying a half-loop over the station so the crews could take pictures of their respective spacecraft. The ISS rotated 90 degrees so the shuttle astronauts could snap a picture of its long axis, a view the shuttle can’t normally see. The pictures will document the product of the space shuttle fleet’s three decades of service, NASA said.

Shortly after the loop maneuvers, the crew fired Atlantis’ engines to move the spacecraft farther apart.

The station will now be served by Russian Soyuz spacecraft and by private companies. Incidentally, on Monday one such company, SpaceX, broke ground on a launch complex for its Falcon Heavy rocket, which will be the most powerful lift vehicle since the Saturn V.

Throughout the station’s life, shuttles have made 37 visits, in which 10 modules, four sets of solar arrays, 354 feet of truss and countless science experiments were put together, NASA said. On this final trip, Atlantis brought enough supplies to last at least another year. (Click here to read our full coverage of STS-135.)

Among the items Atlantis left behind is an American flag that flew on STS-1, the first shuttle mission, back in 1981. It will remain on the space station, NASA said, until an American astronaut riding on an American spacecraft comes to bring it home.