It’s not always easy being the little brother, but stepping out from the shadow of its bigger sibling–the Orion Nebula... 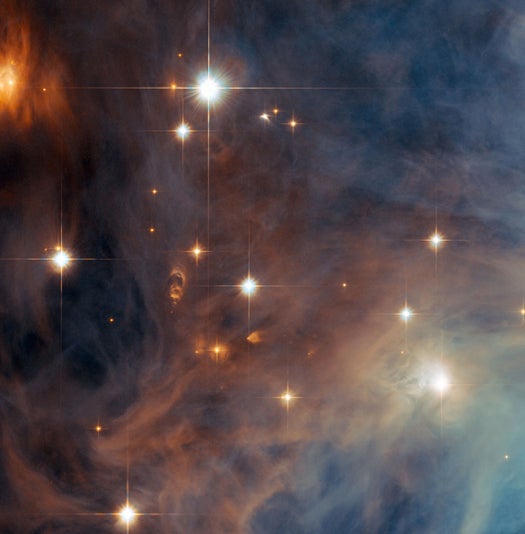 It’s not always easy being the little brother, but stepping out from the shadow of its bigger sibling–the Orion Nebula (Messier 42)–Messier 43 is finally getting its chance to shine. This recently released Hubble image shows M43 doing what little brothers are wont to do: emulating its bigger sibling. Both regions are churning out baby stars.

Both M42 and M43 are part of the larger Orion molecular cloud complex which, at just 1,400 light years away, is a well-documented region of the cosmos and one of the closest massive star nurseries to Earth. Young, extremely hot stars are burning brightly here, sending powerful solar winds outward that precipitate the gorgeous swirls of dust and gas seen above.

M43 is a lesser studied region of the Orion complex, separated from the well-documented Orion Nebula by a narrow, dark lane of dust. This particular image is a composite made of images Hubble snapped using yellow and near-infrared filters on its Advanced Camera for Surveys.