The Good Kind of Mass Destruction

Sometimes the safest way out of a dangerous situation is to burn everything to the ground. From a house full of explosives to 134 tons of Mexican marijuana, here are nine instances when the best solution is controlled calamity 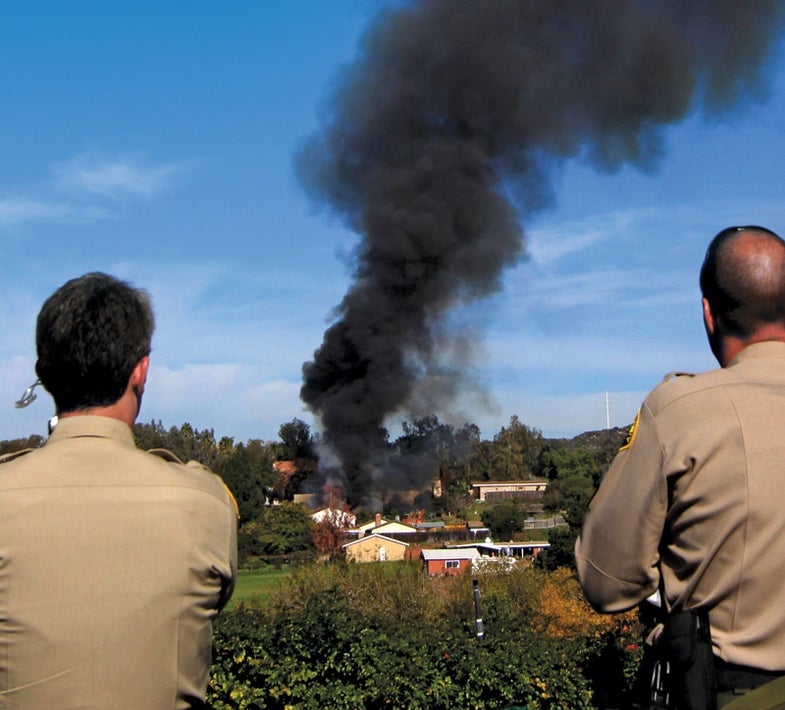 Last November, Mario Garcia was walking toward the backyard of the Escondido, California, home where he worked as a gardener when he stepped on what looked like white powder and heard a boom. The substance, it turned out, was hexamethylene triperoxide diamine (HMTD), a compound that reacts violently when exposed to heat and friction. Badly burned, Garcia was rushed to the hospital, and when the San Diego hazmat squad searched the house, they found one of the largest caches of homemade explosives in U.S. history, with several pounds of HMTD and grenades recovered, plus 25 gallons of sulfuric acid, nitric acid, and two guns.

A federal grand jury indicted the home’s tenant, 54-year-old George Djura Jakubec, on charges related to making destructive devices and robbing three banks. Meanwhile, a bomb squad detonated the explosives in his backyard but concluded that it was too risky to send technicians into the cluttered house, where clothing and dishes were stacked next to volatile chemicals. They also ruled out a robot, which could knock into a mess and trigger an explosion. The chemicals were so unstable that the safest solution—the bomb squad, hazmat team and FBI all agreed—was to burn the place to the ground.

In Escondido, firefighters built a 16-foot containment wall coated with fire-retardant gel, removed surrounding vegetation, and bored holes into the roof to allow more oxygen to reach the fire. More than 200 properties within a roughly 300-yard perimeter were readied for evacuation, and nearby Interstate 15 was scheduled for temporary closure. They waited until the weather was just right (clear skies, mild winds coming from the west toward the freeway) and, on the morning of December 9, a bomb unit placed black powder and wooden pallets inside the house. Then, ignition. The fire went according to plan—1,800°F and a plume of dark smoke that shot up about 2,000 feet. There were no major explosions, although onlookers heard some loud bangs from the grenades and ammo. The property owner’s attorney later demanded the county pay $500,000 for the damage.

More often than you might think, occasions arise where nothing solves an issue better than a hefty dose of good old-fashioned fire. Click to see our gallery of other situations when the best way to deal with a problem is just to burn it up. 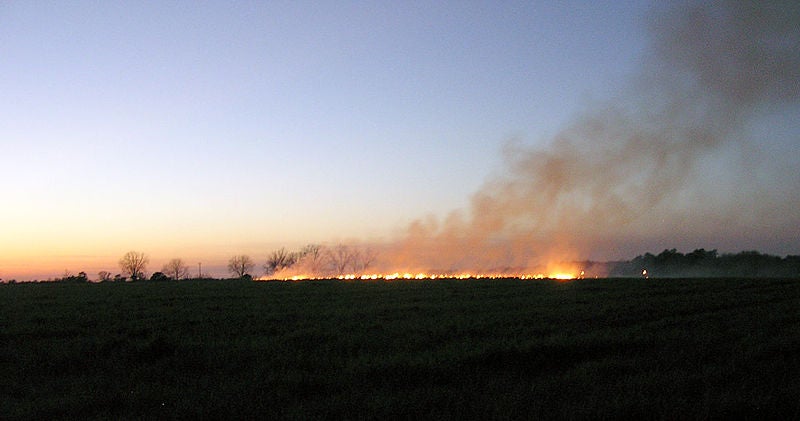 Among the oldest constructive applications of fire (after using it to cook, of course) is the “slash and burn” technique—or the controlled burning of wooded areas to prepare them for agricultural cultivation. It’s thought that humans have been slashing and burning since the end of the last ice age—between nine and eleven thousand years ago—when hunter-gatherers started farming. Slash and burn, also known as “shifting cultivation,” is still practiced to this day. Farmers slash down trees, then allow the area to dry out before burning it, thereby eliminating pests and weeds and converting the downed vegetation into nutrient-rich ash. 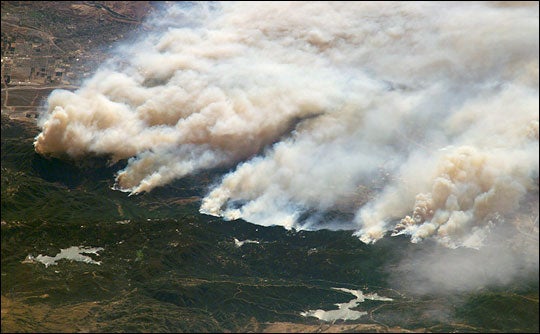 There’s a widespread impression that fire is necessarily detrimental to wildlife. (Perhaps Smokey the Bear’s to blame.) Actually certain ecosystems, including the prairies of the Midwest and the Florida Everglades, are adapted to fire, and require it for renewal. Accordingly, prescribed fires come in handy for restoration projects—in which ecologists take an active part in rehabilitating damaged habitats. The first-ever major rehabilitation of a prairie involved fire as a management tool. In 1934, researchers at the University of Wisconsin-Madison Arboretum undertook to restore the Curtis Prairie, which had been settled by Europeans in 1837 and which was plowed regularly until the early 1920s, at which point it was used as a horse pasture. When the conservationists got to it, it was devoid of native prairie plants and overrun with Kentucky bluegrass—but they discovered that controlled biennial fires could retard the Kentucky interloper and encourage the growth of once-native vegetation. 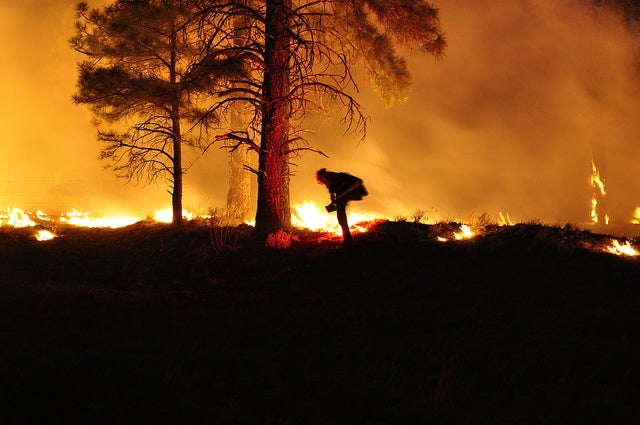 Perhaps the best defense against a wild fire is a firebreak: A gap in the landscape without combustible material. These may occur naturally (rivers, canyons), or may be manmade (logging roads, wide hiking trails). One possible way to form such a break is with a controlled fire. (Hence, though this may be apocryphal, the phrase “fighting fire with fire.”) The most legendary firebreak was created after the 1906 earthquake that wreaked havoc on San Francisco. To keep the earthquake-induced firestorm from spreading throughout the city, the U.S. Army dynamited buildings along Van Ness Avenue. The sacrificial gambit worked, saving San Francisco. 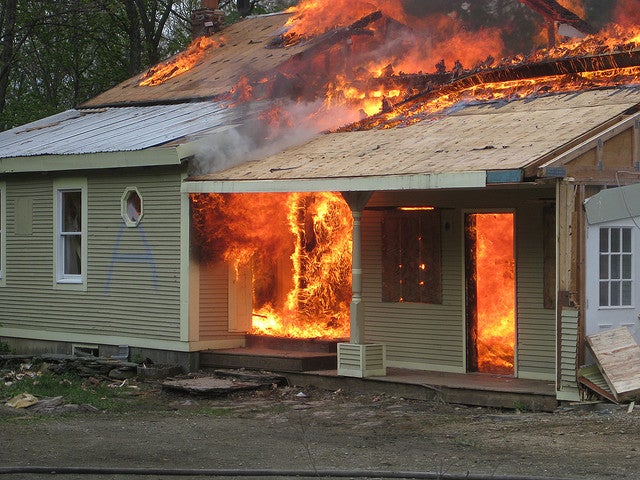 Just as aspiring doctors need live patients, aspiring firefighters need live fires. Recruits, naturally, have lots of classroom time, and need to sit for exams, but ultimately they test their mettle in buildings intentionally set ablaze. Would-be firefighters generally train in reinforced buildings on army bases or other campuses, or abandoned buildings made safer by, for instance, cutting a hole in the roof to give convection currents an outlet and prevent backdraft. Traditionally, instructors use straw or wood pallets as fuel. In recent years, however, they’ve started using natural gas- or propane-fueled fires that they can ignite or extinguish at the push of a button—like fake fireplaces. 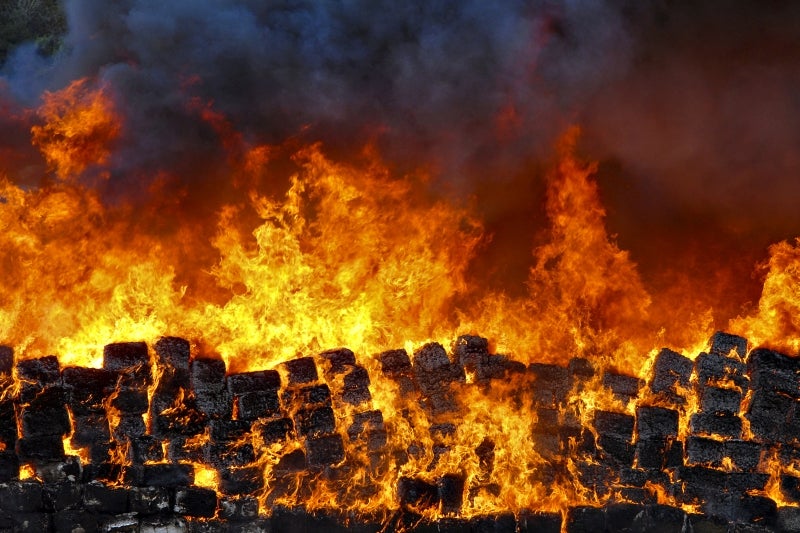 Mexican law enforcement occasionally celebrates finding large caches of marijuana with a bonfire—solving the problem of a drug that people light on fire and smoke by lighting it on fire and letting it go up in smoke. In October of 2010, the army seized 134 tons of marijuana—which they claimed was the largest load ever in that country—and drew attention to the coup with a public event in Tijuana. A military band played, and then soldiers set the stash (which could have been turned into several hundred million joints) ablaze on a makeshift platform before a crowd. 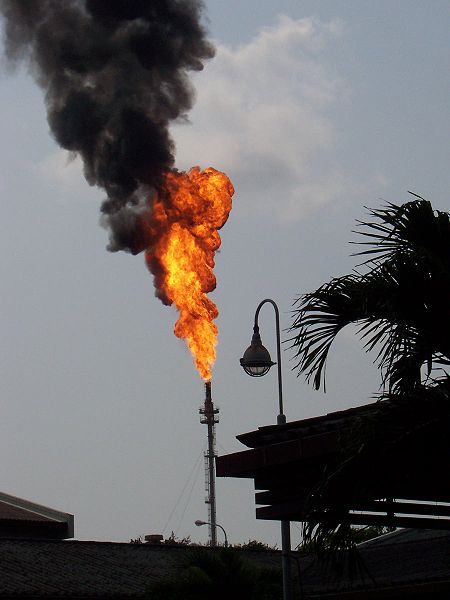 At oil wells, drilling rigs, and refineries, tall stacks with shooting flames dot the landscape. These gas flares serve a safety function, burning up excess natural gas from relief valves to prevent over-pressurization. Oil companies also use fire as a way to dispose of gas that’s too difficult to transport and sell. (This latter practice upsets environmentalists, who say it’s a waste of a valuable natural resource and contributes to global warming.) 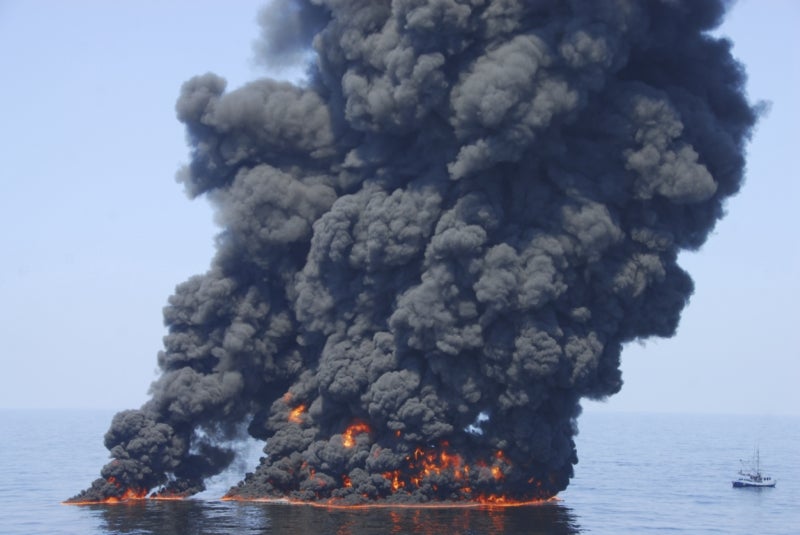 After oil spills, one technique for mitigating the mess is to burn it. In the early days of the 1989 Exxon Valdez oil spill in Prince William Sound, Alaska, cleanup crews attached a fire-resistant boom to two ships, which moved slowly through the central part of the slick until the boom was full of oil. The ships then towed away the boom and ignited the oil. This method proved effective, but no subsequent burns were carried out, due in part to unfavorable weather. More recently, in April, after the Deepwater Horizon blowout in the Gulf of Mexico, relief workers carried out 411 controlled burns, removing an estimated 220,000 to 313,000 barrels of crude. 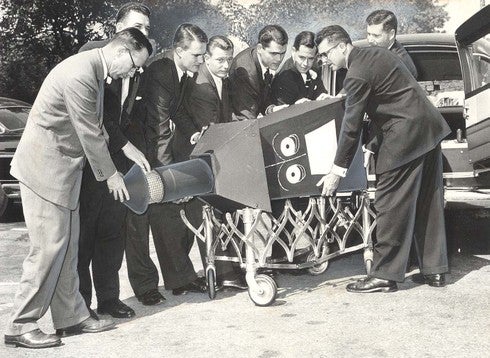 Private incinerators for disposing of household waste were relatively common appliances in mid-twentieth-century America. In 1947, for example, there were more than 300,000 backyard incinerators in Los Angeles alone. Private incinerators are still around in certain rural areas, but in most parts of the United States, it’s illegal to burn your own trash—and for good reason. The hundreds of thousands of private incinerators in L.A. are thought to have contributed significantly to that city’s once-notorious smog problem. (Accordingly, they were banned there in 1957.) An Environmental Protection Agency study (A href=”http://www.ecy.wa.gov/programs/air/outdoor_woodsmoke/PDFs/AmerChemReport.pdf”>PDF) from 2000 found that burning household waste (such as newspapers, milk cartons, and plastic) in open barrels can release more polychlorinated compounds into the atmosphere than municipal incinerators serving tens of thousands of homes. 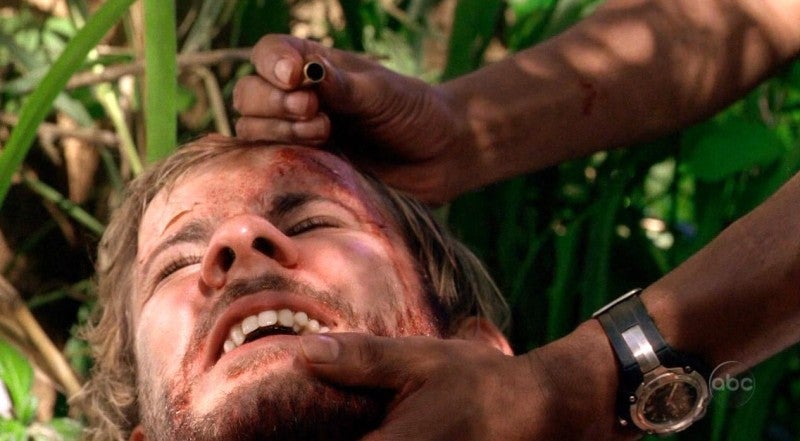 It’s an ancient technique: In the absence of medical supplies you can seal a wound by burning or cauterizing it. Needless to say cauterization is risky—burning closes off not just the wound itself but veins and arteries, causing tissue to die from lack of blood and leading, potentially, to gangrene. But it happens on television and in the movies all the time: Far from the nearest hospital, a character gets a nasty cut so he, or more likely a hardy companion, grabs a stray piece of metal, sticks it into a fire, and then applies it to the wound. In the season 1 finale of Lost, one-time Iraqi soldier Sayid cauterized a cut on Charlie’s forehead by opening a bullet and igniting the powder.
safety