NASA is looking for a way to get into space without having to use those pesky, bulky rockets. That means... 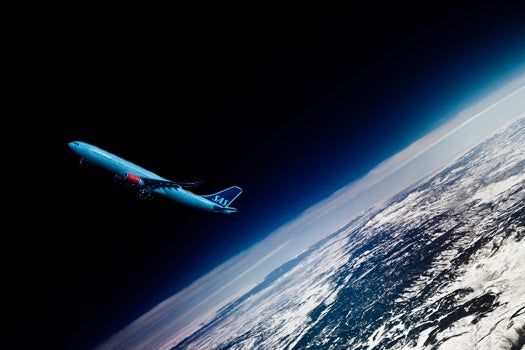 NASA is looking for a way to get into space without having to use those pesky, bulky rockets. That means hypersonic travel, which was added to NASA’s Aeronautics 2010 proposal solicitation yesterday. The type of craft that NASA’s hoping for would be able to fly at five times the speed of sound–fast enough to make the jaunt from New York to Sydney in two and a half hours. We’ve seen some exciting hypersonic concepts before, as well as an unfortunate failure from DARPA, but with NASA money behind the research, extraterrestrial hypersonic flight could really get somewhere.

Allocating $5 million a year for the next three years, the Hypersonics Project is mainly interested in “airbreathing access to space” and “entry, descent and landing of high-mass vehicles entering into planetary atmospheres.” Crafts of this nature would be able to fly through the atmosphere the way conventional aircrafts do–imagine a turbo-charged Concorde jet–and descend and land safely on Mars’ surface. NASA is also pushing for these crafts to be reusable. Of course, this poses some difficulties, as outlined in the call for proposals:

“The hypersonic heating environment, coupled with the emphasis on reusability, creates additional severe technology challenges for materials, material coatings, and structures that not only carry the aerodynamic loads of the air but also repeatedly sustain high thermal loads requiring long-life and durability while minimizing weight.”

That’s a lot of obstacles to overcome, but as NASA puts it, “space access launch vehicles must be lightweight, fully reusable and easily maintained if low-cost access to space is to be achieved.” If the technology is successfully developed, it will be a huge leap forward for the transport of larger payloads, especially useful as we move ever closer to that eventual human exploration of Mars.