Forensic scientists have a new tool to help them reconstruct the identities of persons at the scene of crime, at... 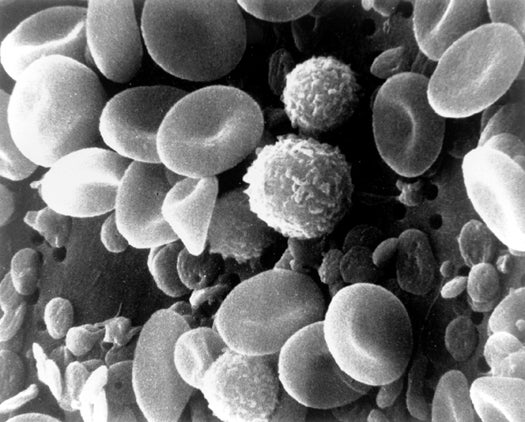 Forensic scientists have a new tool to help them reconstruct the identities of persons at the scene of crime, at least the kind of crime scene where things got physical. Dutch researchers have devised a method for estimating the age of a suspect or missing person by simply examining blood collected from the scene, even if that blood isn’t particularly fresh.

The test isn’t perfect; that is, it has a margin of error of nine years in either direction. But in cases where police are trying to build a profile of an unknown person, the test can narrow the possibilities down to a generational cohort spanning about two decades. Previous attempts to do so have proved inaccurate, but this attempt at deriving a phenotypic human trait from DNA information is at least as accurate, if not more so, than other profiling methods like a similar means of determining eye color from DNA.

The science turns on a certain molecular process tied to the T cells in blood. The ability of T cells to recognize foreign threats depends upon the diversity of receptors that match up with characteristics found in the invaders. That diversity is achieved by a rearrangement of the T cells’ DNA over time, a process that produces distinguishable circular DNA molecules as a byproduct. Those molecules decline constantly in number over time in correlation with the person’s age.

By counting up the number of these circular DNA molecules in a sample and comparing it to the quantity of another reference gene that remains constant throughout a person’s lifetime (as a reference that compensates for the varying amount of DNA in a given sample), forensics experts can deduce, with reasonable accuracy, the age of the blood’s owner.

The method won’t be used like DNA matching that links a suspect definitively to the scene of a crime, but in situations where authorities have no leads regarding the identity of a wanted or missing person, it should help police build a more accurate profile of who it is they are looking for.