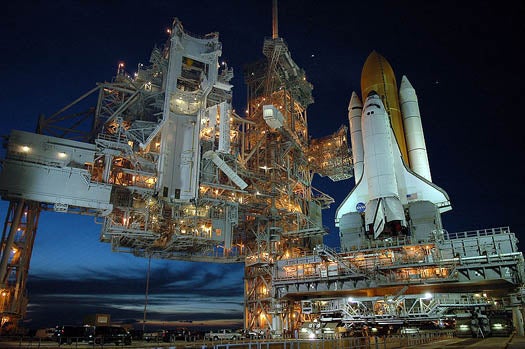 A Senate committee vote this afternoon should keep the Space Shuttle Program alive for at least one more mission and grant NASA the leeway it wants to continue developing a heavy-lift rocket capable of carrying crews into deep space. The Commerce, Science and Transportation Committee unanimously approved the authorization bill earlier this afternoon, sending it up to the full Senate for review sometime in the near future.

NASA already had two more shuttle flights scheduled — one in November of this year, one in February 2011. The authorization bill calls for one more run to the ISS sometime after the February flight, and calls for the immediate resumption of work on a heavy-lift rocket with a revised goal of sending a mission to an asteroid as soon as 2016 rather than 2025 as outlined in President Obama’s space exploration plan unveiled earlier this year.

The Senate bill could be viewed as somewhat defiant of the President’s wishes, though in some ways it brings the agency’s goals and Obama’s plan into congruence. For instance, the President and Congress both supported an initiative to extend the ISS program through at least 2020, and the extra shuttle flight was necessary to ensure the station will be finished and fully stocked with supplies before the shuttle fleet retires.

But the resumption of Constellation-like activities — a heavy lift rocket, revised goals for deep space missions, etc. — are something of a coup for legislators from states in the space game, places like Texas, Florida, and Alabama.

The extra shuttle mission will likely fly aboard Atlantis and carry a fresh four-person crew in summer of 2011. The authorization bill also allocates $1.6 billion in funds for commercial space development over the next three years.