DARPA Wants to Usher in The Age of Exaflop Computing

“Better, stronger, faster,” seems to be the mantra over at DARPA, so why wouldn’t the Pentagon’s innovative R&D wing demand... 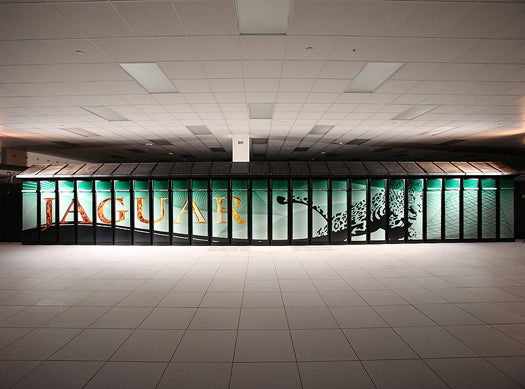 “Better, stronger, faster,” seems to be the mantra over at DARPA, so why wouldn’t the Pentagon’s innovative R&D wing demand the baddest, fastest computers in the world? Under the umbrella of its Ubiquitous High Performance Computing (UHPC) program, DARPA is looking to develop computers that make the prefix “peta” seem lame by comparison: a platform that can carry out one quintillion (1,000,000,000,000,000,000) calculations per second. The exaflop era is upon us.

The inadequacies of current designs are the same ones computer scientists the world over are trying to overcome, namely the fact that cramming more and more transistors onto a chip won’t keep computing in line with Moore’s law forever. Also problematic: faster clock speeds means more power consumption (and ostensibly more heat). To go beyond the petaflop, we’ll need to think outside our current server boxes.

To achieve such mind-numbing speeds, DARPA suggests developers get to work improving pretty much every aspect of computing (perhaps that’s why it’s called the Omnipresent High Performance Computing (OHPC) initiative), including hardware, software, processing algorithms, programming language, and power management. That last item is going to be key for computers that will run at such speeds, as one quintillion calculations per second can be expected to suck up some serious juice.

DARPA wants its UHPC systems (and its OHPC exaflop computers) by 2018.