And in fine DARPA style, the project to do it is called "Prophecy" 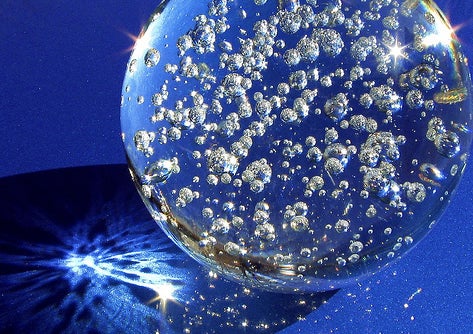 The fight against pathogens is usually reactionary; a pathogen evolves or mutates, developing a drug resistance or finding a more efficient path toward infection, and researchers scramble to shift tactics for fighting off said pathogen. That’s not good enough for DARPA, which wants a means to look into the future so researchers can stop an outbreak of a potentially dangerous pandemic before it ever begins.

The aptly titled Prophecy program is seeking a range of technologies that will aid in the development of an effective crystal ball, including in vitro platforms for recreating virus-host interactions, better means of sequencing viral genomes to test for sequencing errors and mutations, and algorithms that can predict the rate, direction, and phenotype of viral mutations before they happen.

Capping all that off, they want countermeasures that allow scientists and agencies to erect “high energy evolutionary boundaries” that keep genetic mutations that might result in a pandemic of some kind from ever happening.

Like pretty much all DARPA initiatives, this one sets an ambitious goal, but the real interesting stuff could be the technological fallout. As Danger Room points out, even if Prophecy fails to create those evolutionary boundaries that stop future mutations before they happen, the ability to predict, even in a vague sense, the way certain pathogens will likely evolve could lead to more efficient manufacturing and stockpiling of vaccines and allow health agencies to better organize their resources in front of an impending outbreak.