Sunday was not a good day for soccer referees. Two glaringly obvious blown calls–disallowing a clear goal for England’s Frank... 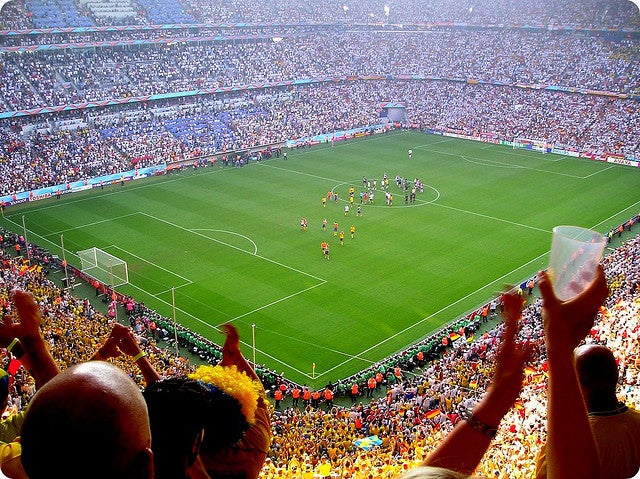 Sunday was not a good day for soccer referees. Two glaringly obvious blown calls–disallowing a clear goal for England’s Frank Lampard that would have tied the Brits with Germany, and allowing a score from a clearly offiside Carlos Tevez in Argentina’s defeat of Mexico–have strengthened cries for FIFA to take action. And in a press conference today, FIFA president Sepp Blatter indicated that’s exactly what he’s going to do.

“It is obvious that after the experience so far in this World Cup it would be a nonsense to not reopen the file of technology at the business meeting of the International FA Board in July,” Blatter said in Johannesburg today. This goes against what was previously a strong anti-technology stance from FIFA. In fact, as recently as this March, Blatter himself spoke out against allowing technical intrusions into the beautiful game.

It’s certainly true that soccer presents some unique challenges for incorporating instant-replay tech in any form. The conststantly running clock, few if any actual stoppages of play and an almost militaristic adherence to tradition are all good reasonss for fans to be wary of any high-tech changes.

So what would an instant-replay system look like? Hard to say. Something like tennis’s Hawk-Eye system could work for monitoring the goal line at least. In that system, video from several precisely positioned cameras around the stadium is continuously analyzed by a computer algorithm, plotting the exact position and trajectory of the ball with a high degree of accuracy. The USTA has done a great job of incorporating the system into the actual event of watching a match; when a player challenges a call, the Hawk-Eye simulation is immediately called up on both the television broadcast and on screens in the actual stadium, adding a quick few seconds of excitement and suspense.

But then again, action completely stops in tennis every few second between points, so how something like Hawk-Eye would fit into soccer remains to be seen. Will we see an even more novel approach to adding accuracy to officiating without disturbing what is by its nature a fluid and dynamic game? I’m excited to find out.