Given the financial situations in Greece, Spain, and Portugal in recent weeks, the Euro Zone has plenty of reason to... 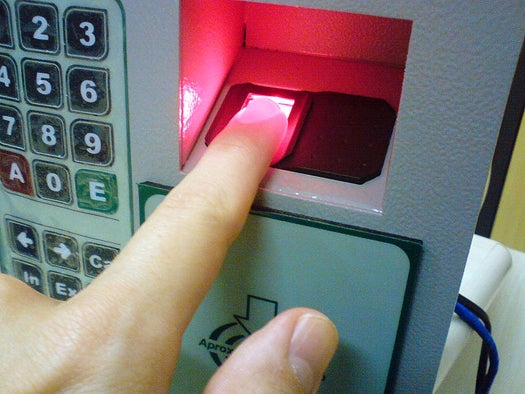 Given the financial situations in Greece, Spain, and Portugal in recent weeks, the Euro Zone has plenty of reason to be down on itself. But Poland is showing a bit of financial-sector flash this week, becoming the first nation in Europe to install biometric ATM machines that read fingerprints rather than magnetic cards.

Poland’s BPS SA bank set a European — and if we’re not mistaken, a Western — milestone by installing the biometric cash machine in Warsaw, where customers can withdraw money with nothing more than their index fingers and their PIN numbers.

The machines work on “finger vein” technology, rather than the topographical signature of a customer’s finger. The scanning technology, developed by Japanese tech company Hitachi, records the tiny veins that run through fingertips to create a unique identifier for each customer.

Only one biometric machine is currently operating in Poland, though BPS plans to deploy three or four more of the ATMs in Warsaw before year’s end. About 200 more will end up in more than 350 bank branches there in coming years.

Though the Japanese have been using the technology for a little while now, this marks the first major commitment to institute biometric security standards by a large Western bank, as well as the first indicator that such technology may soon wash up on American shores.