Russia’s oil reserves have given the nation considerable political muscle, but Russian leaders also want to resurrect some scientific grandeur.... 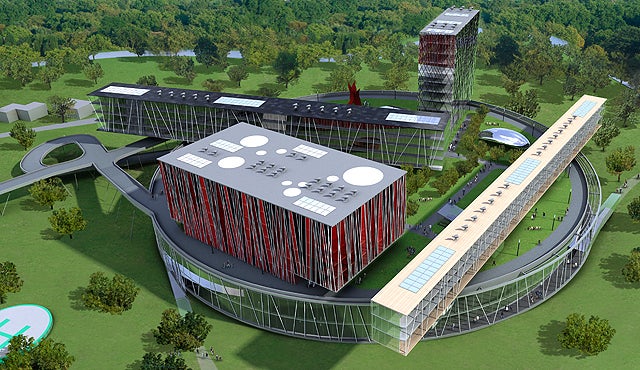 Russia’s oil reserves have given the nation considerable political muscle, but Russian leaders also want to resurrect some scientific grandeur. Now they hope to build its first scientific city since the Berlin Wall came down, and they’re looking to California’s Silicon Valley for inspiration, the New York Times reports.

Kremlin leaders quickly approved the project with a $200 million budget after a January visit to MIT, where students and researchers alike busily churn out futuristic projects ranging from a Minority Report glove mouse to $3 pumps that have helped speed healing in the aftermath of the earthquake in Haiti.

Soviet researchers once lived in luxury within closely guarded cities that acted as comfortable prisons for the scientific elite. But that walled-off existence hardly resembles freewheeling entrepreneurial culture of Silicon Valley, and so Russia faces the challenge of reinventing its notion of a scientific city.

Russian science has a demonstrably rich history yoked to a less-than-stellar record of turning ideas into innovation. Political leaders have also shown an unfortunate tendency to fall for dubious ideas and pseudoscience.

That could change if Russia can take a different attitude. Planners have studied how easier immigration has helped Silicon Valley attract talent, and there’s also a proposed law that might revise tax, customs and immigration rules for businesses.

There’s no small irony in the fact that one of Silicon Valley’s premier companies, Google, was co-founded by Russian-born Sergey Brin. The New York Times speculates that Brin might have stayed in Russia had the cultural and economic climate been different.

Brin was slated to fly as a space tourist with Space Adventures aboard a Russian Soyuz spacecraft, at least until Russia announced it would Soyuz end space tourism when NASA’s space shuttle retires.

At least Russia’s proposed new direction might help calm down fictional Russian cosmonaut Lev Andropov in Armageddon. “American components, Russian components, all made in Taiwan!” Adropov yelled in frustration while attempting to fix an experimental space shuttle. We feel your pain, Lev, but cheer up — if Russia’s proposed Silicon Valley doesn’t take off, there’s always the possibility the nation might actually launch an Armageddon style asteroid deflection mission.