How It Works: The Deepest Drill 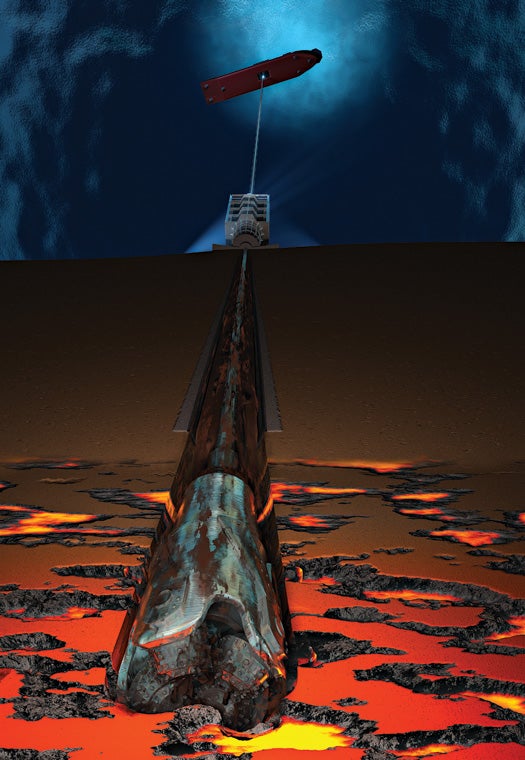 The world’s deepest drill is about to get taller—tall enough to dig into Earth’s mantle. Already, the Chikyu research vessel is capable of fetching samples at depths of 23,000 feet below the seabed, two to four times that of any other drill. In 2007, off the coast of Japan, it became the first mission to study subduction zones, the area between tectonic plates that is the birthplace of many earthquakes. Over the next three years, scientists will tack on at least an extra mile of drill and attempt the most ambitious mission ever: piercing the Earth’s mantle.

There, scientists expect to find the same conditions as those in the early Earth—and perhaps the same life-forms that thrived then. 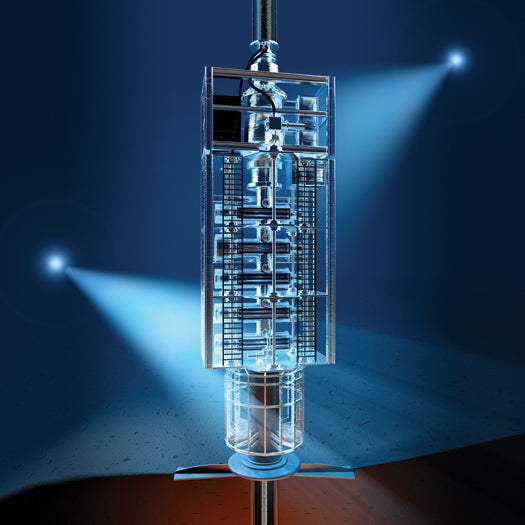 This five-story machine sits on top of the borehole and monitors the intricate balance of pressure within. If it detects a sudden increase in pressure, it can seal off select valves or the entire hole to prevent an explosion.

Derrick: The main hoist winch and a system of elevators lifts 1,250 tons of pipes and machinery through the 72-
foot-wide opening in the bottom of the ship.

Riser Pipe: A four-foot-diameter steel pipe called a riser connects the ship to the borehole. Outside the riser are several hoses and smaller pipes for recirculating the synthetic mud and controlling the blowout preventer. The riser’s inner hollow core (a pipe within a pipe) is reserved for the drill string. At a 1.6-mile depth, the assembled riser weighs 1,000 tons.

Planned Upgrades
To drill in deeper waters, engineers will either replace the steel riser with one made from a lightweight material like carbon-fiber-reinforced plastic or they will use two pipes—one for the drill string and a second, small-diameter pipe to return the spent drilling mud back up to the ship for recycling.
For deeper ground penetration, where temperatures can exceed 500°F and corrosive chemicals reside, engineers will use a higher-tensile-strength steel to build the drill string. Also in development are new drilling muds that cool the drill bit during operation.

How to Reach the Mantle

1. Get in Position Using GPS and transponders on the ocean floor, the ship’s positioning system measures the forces acting on the craft, such as wind, wave and current direction and speed. Six computer-controlled propellers will keep the ship from drifting more than 15 feet in any direction.

2. Assemble Drill To break through the first layer of crust, the crew deploys a steel pipe with an 11-inch-wide drill bit at the bottom. The crew attaches new lengths of pipe one by one from the top until the “drill string” is long enough to hit the seafloor.

3. Start Drilling As the drill bit burrows through sediment and rock, a hose in the drill pipes in a synthetic mud to keep the drill cool and the borehole open under the crushing pressures found at those depths.

4. Collect Rocks Every few hundred feet, scientists collect rock samples for study. A narrow barrel with a razor-sharp edge (think of a very big apple corer) shoots down and pierces the undrilled layer of earth below. The 31-foot-long core samples are analyzed for their chemical and magnetic properties. 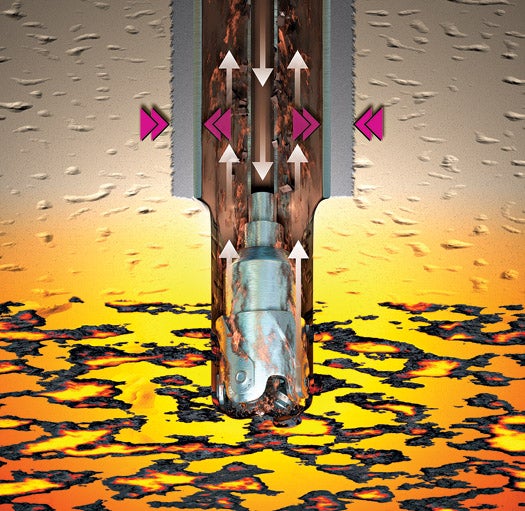 A viscous cocktail of minerals, polymers and seawater stabilizes the borehole walls. Because the mud is expensive and could be harmful to ocean life, it is recycled back to the ship during drilling.
April 2010
drills
feature
How It Works 2010
Technology