There is a specter haunting Europe. Nope, not that one, but several European nations have expressed concern about Google’s slow... 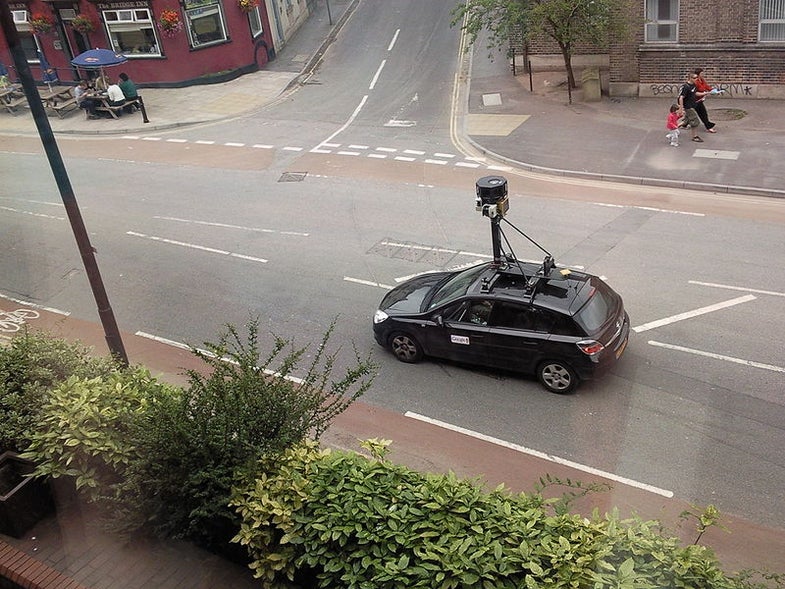 There is a specter haunting Europe. Nope, not that one, but several European nations have expressed concern about Google’s slow but steady encroachment on citizens’ privacy protections. Now the search behemoth is in hot water with Germans for using its wandering Street View cars to log the location of private WLAN networks and media access control (MAC) addresses in that country.

Germany’s data protection chief said he was “horrified” by the discovery – which has been rumored for a while now – and called on Google to delete what he claims was unlawfully collected personal data from wireless networks, as well as to cease cruising German streets for Street View.

What’s a bit baffling about all this is that several other companies have done the exact same thing without catching the backlash Google is currently enduring. Germany’s own Fraunhofer Institute has mapped the WiFi networks in parts of Germany going back as far as 2000 and firms like Skyhook Wireless use their own massive databases of wireless networks (gathered in a similar way) to provide location awareness in many mobile gadgets, including the iPhone and iPad.

Then again, Google is another story altogether. For one, some European nations have already expressed a disdain for the way Google’s tentacles are spreading throughout their cities. Street View has been a particular sticking point for several EU countries, as the idea of a bunch of Yankees cruising about snapping photos of the populace doesn’t necessarily sit well with certain governments.

There have been other privacy concerns surrounding Google as well. A few days ago, information czars from a handful of nations including France, the UK, Germany, Ireland, Italy, Spain and the Netherlands sent a strongly-worded letter to CEO Eric Schmidt criticizing the irresponsible rollout of Buzz (Canada, Israel and New Zealand also signed). So perhaps it’s not so surprising that Germany is taking issue with this.

Further, the massive amount of data Google has at its disposal is enough to make anyone a bit paranoid. While Fraunhofer might be able to tell you how many WiFi networks are in a certain village in Bavaria, Google could – and we’re just speculating of course – associate your network name or MAC, your address, and a picture of your front door. That’s a bit creepy even for the most digitally open among us.

But perhaps the greatest objection is this: What is Google going to do with all that data? The intelligence community would love a means to cross reference MACs with locations and the people who reside there, so the fact that a foreign nation is wandering the streets of Europe gathering this data is understandably disconcerting from a security standpoint. It’s more likely Google wants to use that kind of data for targeted advertising or some such . . . did we say “targeted?” We meant highly-specific advertising. Now, give us the information we want.