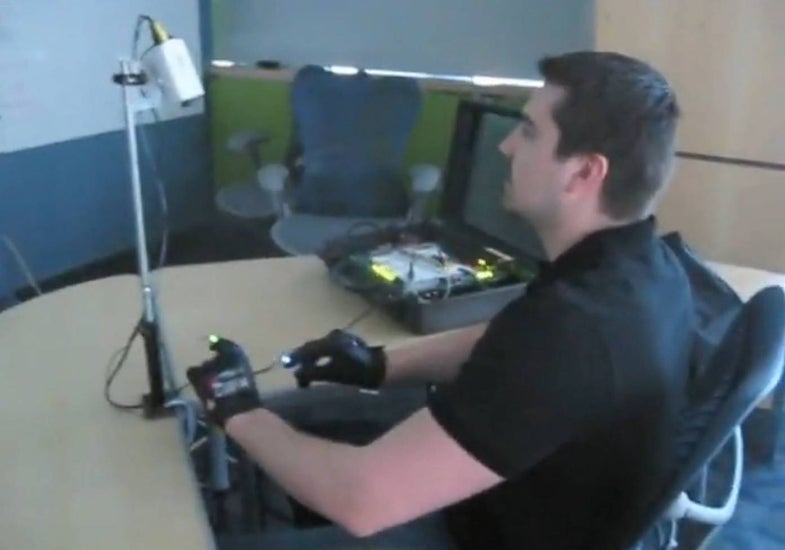 Many augmented reality projects like to cite Minority Report as an inspiration, but MIT’s Glove Mouse project takes a very direct cue from the touch-free display manipulations of Tom Cruise’s character in the film. In a new video, the glove mouse shows off its wireless stuff.

MIT students Tony Hyun Kim and Nevada Sanchez created the electrical engineering project in 2009, and put together the entire package for less than $100. The glove allows users to zoom around a map application, like using a smartphone touchscreen without the screen — the gloved hands can “grab” the map and do the familiar pinching motion with their fingers to zoom in.

The more recent wireless addition this month came courtesy of cheap radio transmitters and receivers, with microcontrollers transmitting the finger “button presses” via RF waves. Gestures are all captured via LED lights in front of a basic webcam. Take a look: