In last week’s testimony before Congress, Dr. Regina Dugan, director of DARPA, warned the House Armed Services Committee that the... 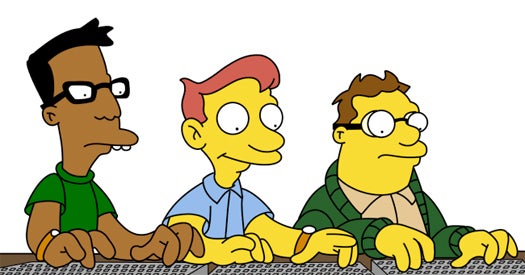 In last week’s testimony before Congress, Dr. Regina Dugan, director of DARPA, warned the House Armed Services Committee that the US was facing a lack of a critical resource — a lack so severe that it endangers the security of the nation. Dugan wasn’t talking about oil, or rare earth minerals, or plutonium, but something far more important to America’s defense: nerds.

Yes, according to Dugan, the lack of emphasis on science and engineering education in America has resulted in possible future manpower shortages for an agency that Dugan herself called “the nation’s elite army of futuristic technogeeks.” Dugan said the coming shortage is pinching DARPA at both ends. Over the 2000s, DARPA saw its funding cut by half, making it harder to recruit new scientists. Simultaneously, US colleges graduated 43 percent fewer science and computing students, shrinking the pool of potential scientists for DARPA to choose from.

To help rectify this problem, Dugan suggests targeting teenagers with scholarships, contests with iPod prizes, and career days as a means of generating interest in science, technology, engineering, and medicine. Of course, if Dugan really wants to solve the looming nerd shortage, she and the creative minds at DARPA might want to try enticing teenage geeks into science with something they can’t otherwise get: dates.