This laundry-folding robot may not find many fans at the local laundromat, but only because it takes so long in... 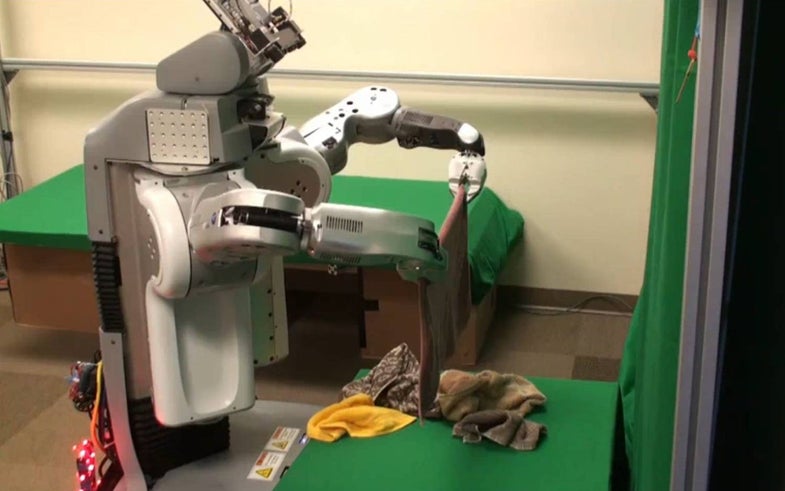 Meet the ancestor of Rosie. University of California-Berkeley
SHARE

This laundry-folding robot may not find many fans at the local laundromat, but only because it takes so long in holding up each towel for scrutiny before folding. Still, its fussiness speaks to a special care for laundry — or painstaking programming routines — that has won our hearts. You see, folding isn’t a chore for this robot. It’s an art.

The special PR2 bot is the result of a collaboration between University of California-Berkeley researchers and the gadget guys at Willow Garage. A first video shows the robot very carefully inspecting and then folding a pile of five unfamiliar towels of various sizes on a table, sped up 50 times.

The next video ups the stakes for PR2 and gives it a rumpled towel placed in an “unusually challenging initial configuration.” But that doesn’t faze the tireless robot laborer.

The robot can only work its folding magic on rectangular-shaped cloth for now, so your unmentionables are safe from its scrutiny. We look forward to seeing PR2 work its slow-mo magic on a messy preteen’s room in the near future.