The Light from Your Desk Lamp Could Carry Broadband Signals

The future of wireless: illumination as information 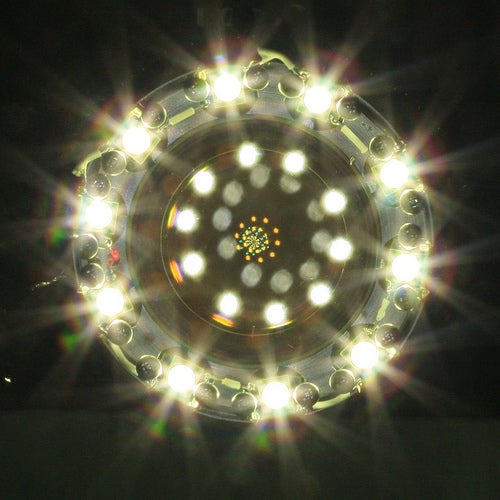 A bright idea coming out of Germany’s Fraunhofer Institute could change the way we connect to the Internet in the future, as well as drive the nascent market for interior LED lighting. Researchers there have found a way to encode a visible-frequency wireless signal in the light coming from lamps and fixtures, turning the light that surrounds us into a high-speed broadband source.

That’s not to say there’s anything particularly wrong with radio-frequency wi-fi, but its limited bandwidth restricts it to a certain spectrum within an already crowded field of signals. It also leaks through walls — a benefit for signal pirates but a detriment for those who want a signal that is both secure and free of interference.

Visible-frequency wireless works by flickering all the lights in a room ever so slightly — so slightly, in fact, that the human eye could never detect it. Incandescent and fluorescent bulbs can’t flicker fast enough, so the scheme does require LED lighting, but the connection doesn’t require any kind of specialized fixture, just commercial LEDs. And, though standard LEDs also have a limited bandwidth, the researchers were able to expand that bandwidth drastically by filtering out all but the blue light.

In the lab the Fraunhofer team has downloaded data at a rate of 230 megabits per second, a record for visible wireless using commercial LEDs and comparable to high-end radio wireless connections. With a better modulation signal the team thinks they can double that data speed. Meaning that in the future, in-room only secure, super-fast wireless connections may be just a flip of the switch away.