As we’ve been hearing for months, 2010 is going to be a year of belt-tightening for NASA. But now, with... 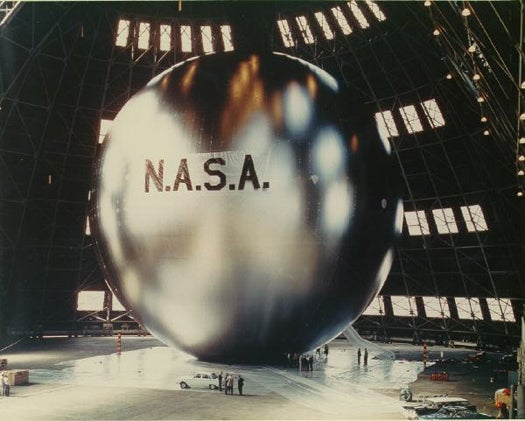 As we’ve been hearing for months, 2010 is going to be a year of belt-tightening for NASA. But now, with the release of the new NASA budget, we can see that even with substantially less money, NASA still has some cool technologies on the way. In particular, this budget allocates money for inflatable space stations, research into mid-orbit refueling, and the development of a slew of new autonomous space vehicles.

Inflatable space station modules rank high on NASA’s wish list for an important reason: they’re cheap. However, don’t let the price fool you. Despite costing less, the modules can be larger than current models for the same weight, provide just as much protection, and even be tested with the currently deployed ISS. Plus, private sector companies have already started developing the technology.

NASA also wants to automate many of the tasks currently performed by humans, essentially replacing the Space Shuttle with unmanned autonomous spacecraft. This new budget dedicates money for a remote rendezvous and docking system, as well as an autonomous precision landing and hazard avoidance system.

And, like every American who’s getting hit at the gas pump, NASA wants to spend less on fuel. In the new budget, they approach that problem in two ways. The first is by paying for the development of an in-orbit refueling system. This could significantly increase the lifespan of currently existing satellites, and save NASA the time and money required to launch a new mission every time something runs out of gas. Additionally, NASA is allocating more funds to programs that would make fuel out of materials already found on the Moon and Mars. By only having to bring half the fuel for the trip, and gassing up with material found at the destination, NASA hopes to significantly cut the cost of interplanetary exploration.

The new budget contains a number of other interesting programs, some of which seem like reactions to the new age of lower cash flow, and others that appear to signal a true coming of age in automation technology. Either way, it’s as interesting as any 517-page government report can be.