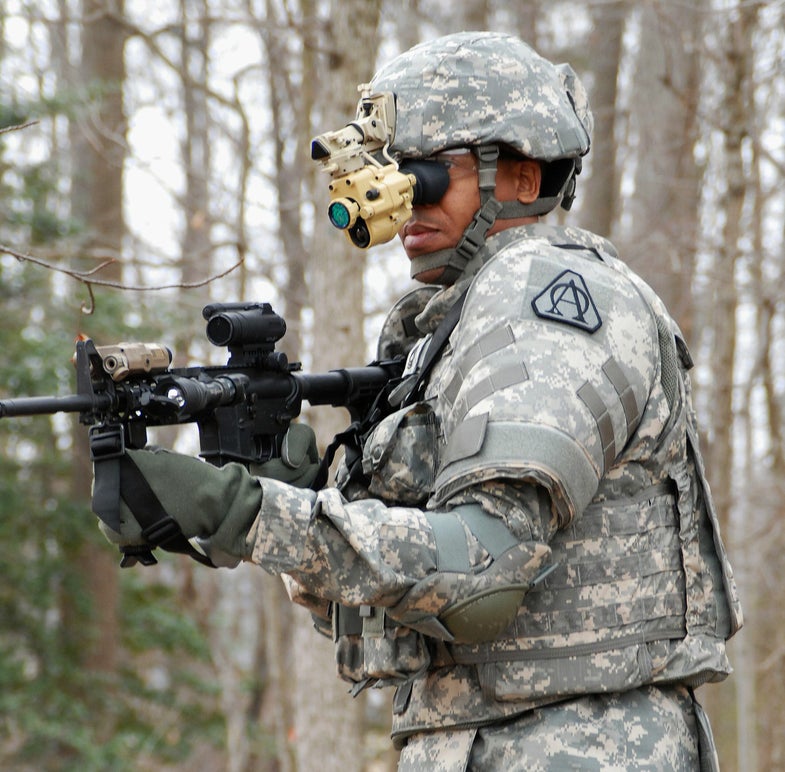 DARPA’s dreamers and brainiacs have set their sights on a new technology for the U.S. military — high-tech binoculars or goggles that would supposedly have the ability to find the not-so-proverbial needle in a haystack. The Register pointed out the U.S. Department of Defense proposal issued last week.

The Fine Detail Optical Surveillance (FDOS) technology would provide “ultra high-resolution 3D images for rapid, in-field identification of a diverse set of targets.” Such specs could also supposedly work for either individual soldiers or with aerial drones, so that warfighters can spot moving targets at many different ranges and resolutions. We imagine this won’t require the goofy 3D glasses needed for viewing Hollywood fare such as Avatar.

The proposal translates the usual needle-in-a-haystack saying into amazing literal bureaucratese. We’ll refer you to the statement below rather than try to describe it:

“The program can be described as developing the technology and systems analogous to that required for the rapid imaging and identification, without the need for scanning or focusing of the optical receiver, of a needle moving along the surface of a haystack, where the location and type of needle on the haystack is uncertain.”

Compared to asking for a device that can harness lightning or a VTOL flying car, DARPA’s latest idea actually sounds pretty reasonable.