Mourning the Death of the Meta Media Experience

Face it: On-demand is the future of TV. But is passive channel surfing and collective viewing something we won't know the value of until it's gone? 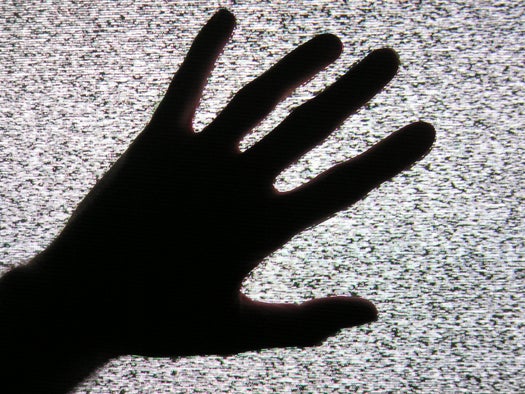 I tend to think of my cable bill kind of like my health insurance premium. Every month, I begrudgingly pony up the funds necessary to continue this so-called “service” wondering the what the heck it is I’m actually paying for–especially since most of what I regularly watch can be found online in some form–all the while deathly afraid of the consequences should I ever stop wiring in my money.

Every month, I consider amputating cable from my bottom line once and for all. But what’s holding me back is that I think I might actually miss it.

In general, I’ve had it with paying for 1,000 channels, only one-percent of which I ever bother with. I’m tired of having to pay $11 per month for my DVR. I’m fed up with having to periodically reboot my cable box to revive life back into the thing, and I’m certainly over the ridiculous nickel-and-diming on Franchise Fees, FCC Regulatory Fees, Federal Universal Service Funds and Public Access Fees. I’m also done with being charged monthly for my remote control, too.

And now, with Hulu, high-def streams from the networks and YouTube, the upcoming Boxee Box, plus delicious rumors of an all-you-can eat monthly TV subscription to iTunes, my dream of cutting the cord and paying only for an Internet connection has never been as close to within reach as it is now.

There’s no question that it’s possible for a TV hound like myself to live happily without cable. Nearly every program I consume is readily available online. And if I could find an antenna big enough to penetrate the canyons of New York City, I could even score free over-the-air HD for live sports and news. Yet, as the paint dries on the giant “Death to Cable!” banner I plan to unfurl out my window later this afternoon, I’m starting to have doubts.

For one, TV-on-demand flips the very nature of the television-viewing experience on its head. It goes from being a passive endeavor to an active one. Yes, I can probably find any show I’m looking for online and be streaming it within seconds. But, what if I’m not actually looking for anything in particular? As life-changing as Hulu is, it can’t be channel surfed. I can’t veg out on my couch and flip around on Hulu or iTunes just to catch whatever just happens to be on.

Surprisingly, this is how I consume a lot of my television. It turns out I’m a huge fan of what I’ll lovingly refer to as “crap.” I don’t know what it is about the Discovery ID channel, but I can sit for hours and hours watching reruns of those Dateline murder mysteries. Would I ever go online and actually seek this stuff out? Not a chance. Similarly, I recently flipped by the History Channel and caught a glimpse of an Apple Lisa. The show turned out to be something called Modern Marvels: ’80s Tech and was one of the most pleasurable viewing experiences I’ve had in ages. I’d always thought Modern Marvels was about gunpowder and hydroelectric dams—not about stuff like the Apple Lisa, Pac-Man or the DeLorean. Yet despite this rather thrilling discovery, I’d still never actively search for Modern Marvels on Hulu or iTunes.

The channel surfing conundrum aside, there’s something much bigger I’d be missing out on without traditional TV, and it’s something that inches closer to extinction every time one of us DVRs or downloads a show instead of watching it on first run. It’s the meta media experience. Think about how rare it is nowadays that you are watching a program at the exact same moment as the rest of the TV-watching population. I think giant live sporting events like the Super Bowl are the only ones left that still qualify. Pre-cable, there was about a one-in-four chance that you and the guy next to you watched the same TV show the night before. Cable certainly fragmented that, but even with more channels we were all still a part of a larger community that experienced things together. The Seinfeld finale, for example, was watched by an estimated 76 million people. Ten years later, an episodic television event of that magnitude is no longer possible. Call me old fashioned, but I think something strangely unifying is being left by the wayside as we increasingly consume television on our own schedules instead of the network schedules.

For content providers, the brave new world of on-demand television is a mixed bag. On the one hand, fewer and fewer people are likely to ever discover a show like Modern Marvels: ’80s Tech by passively stumbling upon it. “There’s no question that [on-demand television] hurts that sampling aspect,” says Mark Stern, executive vice president of original programming at Syfy. “It definitely makes it harder for programs that are one-offs or just not necessarily flagship, appointment television.”

But for Syfy and others, there are also tremendous benefits to the new consumption model. As the New York Times recently reported, many programs are experiencing ratings boosts due to DVRs. It makes sense when you think about it: More people now have more time to watch more television without ever worrying about missing an episode. According to the article, the DVR effect has been known to account for as much as 20 percent of a program’s total viewership. For Syfy, online distribution has had a similar effect on television ratings. As odd as it may sound, putting episodes up on Hulu and iTunes has actually grown the television audience, not diminished it. A major reason for that, according to Stern, is that viewers who would never consider flipping to the Syfy Channel are discovering its shows when they’re taken out of context.

“I love the fact that iTunes is agnostic in that way,” Stern says. “It’s not a channel, and so when someone sees a free episode of Battlestar Galactica up there, it softens some of the misconception that the show is only for fanboy sci-fi geeks. When our episodes went up on iTunes and Hulu and became available to a larger audience, it didn’t hurt our ratings. It helped it. I quickly went from, ‘How to we keep this off of iTunes?’ to ‘So, when does this get posted on iTunes?'”

OK, but surely network execs are mourning the death of the meta media experience, right? “Television as the kind of communal fireplace or water cooler is a bit of an archaic concept now,” Stern says. “An event like the Olympics or the Super Bowl is the real exception now and will continue to become the exception more and more.”

On the other hand, while TV on-demand is certainly killing the notion of a singular television community, something much more powerful is filling the void. The communal fireplace has gotten smaller and much more intimate. “In my office I find people forming affinity groups,” Stern says. “People come in talking about last night’s Sons of Anarchy or Mad Men and if someone isn’t watching, it becomes this thing where they try to recruit them to watch the show. In a world where there are more shows on than ever, word-of-mouth and what my friends are watching is more important. So we’ve still got community. It may not be national discussion per se, but it’s more of a micro-community discussion about must-see TV.”

Maybe I won’t miss cable, then. But, I’m still very wary of a future without it. If any one player can spur a mass abandonment of cable, it’s Apple. And there will most definitely be collateral damage caused by a large-scale shift to online television viewing. The first casualty would be the price of broadband. If swaths of cable subscribers begin canceling their service in favor of a just an Internet connection, the Comcasts of the world will have to make up for lost revenue somehow. The second casualty could be programming itself. If you can imagine a world in which most people are actively downloading shows instead of passively watching whatever happens to be on, then you can imagine that the kind of shows getting the green light for production in this new environment will be equally new. Can I kiss shows like Modern Marvels goodbye, or will I be able to wallow in its complete archive of episodes online?

And what about new shows? Will niche audiences be pursued ruthlessly with ever-more specialized programming, or will they be cast aside altogether for safer mainstream hits that tap into the new consumption model in unforseen ways?

What do you think? Are you ready for life without cable TV?