Who Should Be the First Band To Play in Space? 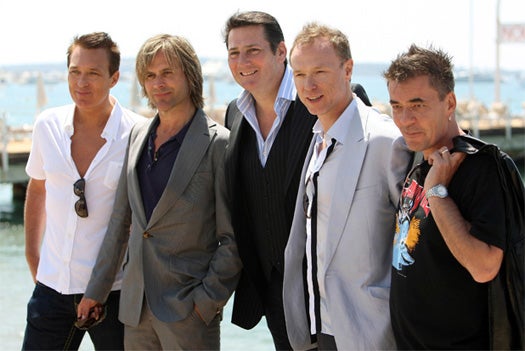 This morning an odd story surfaced and began orbiting the Web: Sir Richard Branson’s Virgin Galactic signed ’80s rock heartthrobs (now aging ’80s rock heartthrobs) Spandau Ballet to be the first band to rock out in space. Citing a press release of dubious origin, several blogs and even the UK’s Daily Mail reported the story, even naming possible songs the group would play during a five-minute weightless set.

But we can all breathe a collective sigh of relief. The Internet has hoodwinked us once again.

A spokesman for Virgin Galactic told PopSci: “It is not true. An agent approached us some time ago but did not follow up, we think it’s a hoax.” But while we’re loath to gin-up the old rumor mill, we’re more than eager to engage in some wild speculation and wishful thinking. So we ask you readers: Who should be the first band to spoil space’s silent void with a live set?

So far around PopSci HQ we’ve got votes for Bill Haley and the Comets, the remaining members of Sun Ra’s Solar Myth Arkestra, and one definite “no” for Jefferson Starship. Add your nominations in the comments below.