Robovie-II, the Robot That Helps You Buy Groceries

The ease and variety of online shopping enabled by the first dot-com explosion cast technology as the killer of in-store... 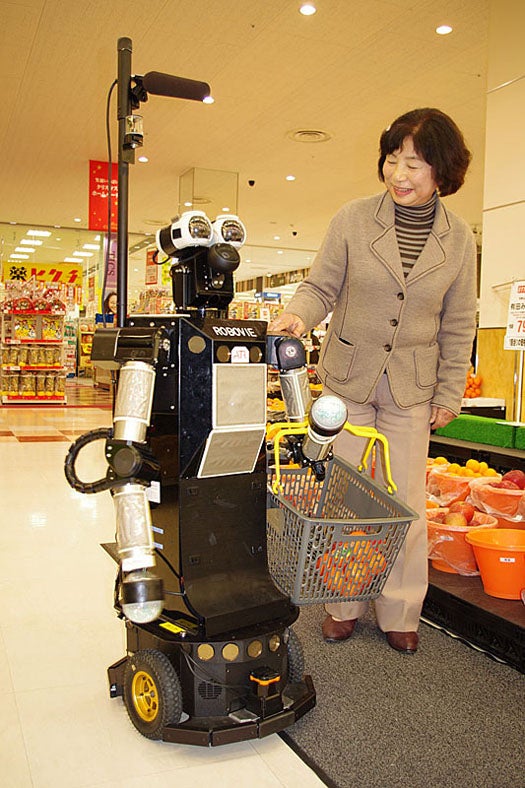 The ease and variety of online shopping enabled by the first dot-com explosion cast technology as the killer of in-store retail. But in Japan, with its aging population and unique consumer culture, technology facilitates grocery shopping, in the form of retail assistance robots like Robovie-II. Part of a larger network of sensors and wireless devices, Robovie provides assistance to elderly shoppers making their rounds.

The process begins at home, with the user entering their shopping list into a specialized mobile device. When the shopper arrives at the store, the robot senses the device and greets the user. Then the robot follows the shopper around the store, carrying the load, reminding the shopper of the items on the list, and recommending additional products to pick up.

At present, the system remains in the testing phase, with robot helpers assisting elderly shoppers at Apita-Seikadai supermarket in Kyoto, Japan, through March of next year. To see Robovie in action, check out the video below.