Hostage situations are often described like explosive devices, as ticking time bombs waiting to go off. And just as bomb... 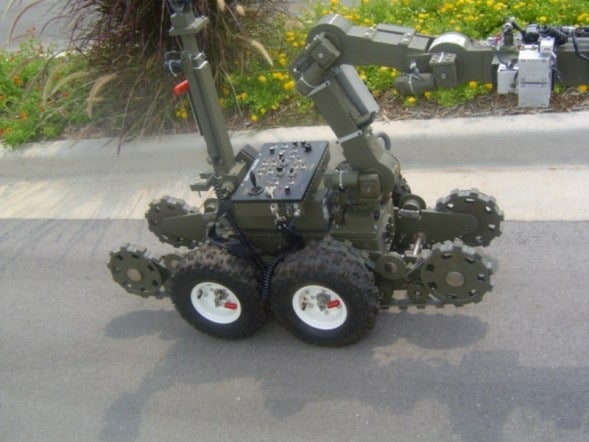 Hostage situations are often described like explosive devices, as ticking time bombs waiting to go off. And just as bomb disposal units have robots to help with their job, now police negotiators have a bot of their own for defusing a different kind of explosive situation.

In Colorado, a heavily armed 61-year-old man had barricaded himself in his home. Afraid that the volatile suspect would shoot anyone sent in to negotiate his surrender, the police found themselves at an impasse. Then, they sent in the robot.

The police equipped a bomb disposal robot with a microphone, a camera, and speakers, and maneuvered it into the house. An operator navigated the droid to the suspect, and then began to talk him down. Eventually, the man surrendered to the robot, and was taken into police custody.

Usually, when Murphy said “dead or alive, you’re coming with me”, the “alive” option rarely panned out. This robocop, however, already seems to be getting better results.