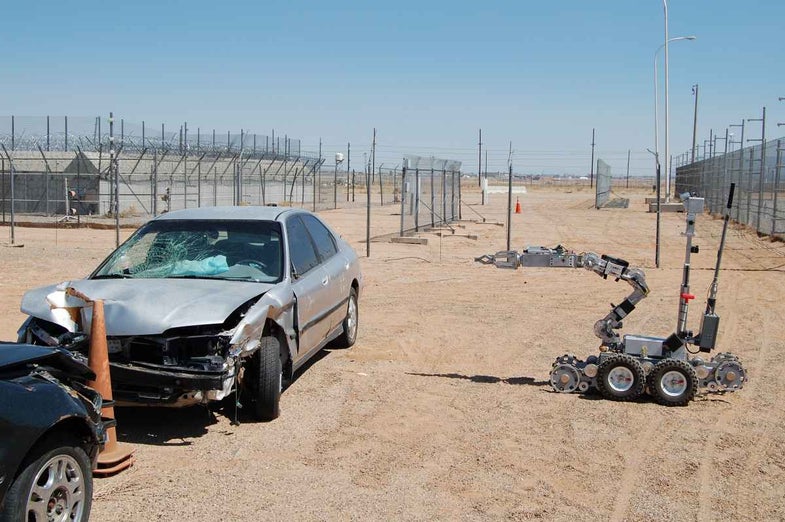 Sometimes, a kind hand holding out a pizza is enough, even if that hand is attached to the mechanical arm of a bomb squad robot. On Monday, California Highway Patrol responded to a man standing with a knife on a San Jose highway overpass. After a five-hour standoff, the man left alive, thanks in no small part to the bomb squad robot.

Police robots are traditionally used to inspect and, if need be, disable explosive devices. But they can also be disarming in other ways. Once it became clear to police that the man was armed and at risk, rather than confront him with officers they sent out a robot with a phone and a pizza.

It took several hours for the robot to get there, but about an hour after the robot (and the pizza) arrived, the man dropped his knife and calmly walked away from the overpass.