It tells your computer its location and your click status 8,000 times per second. 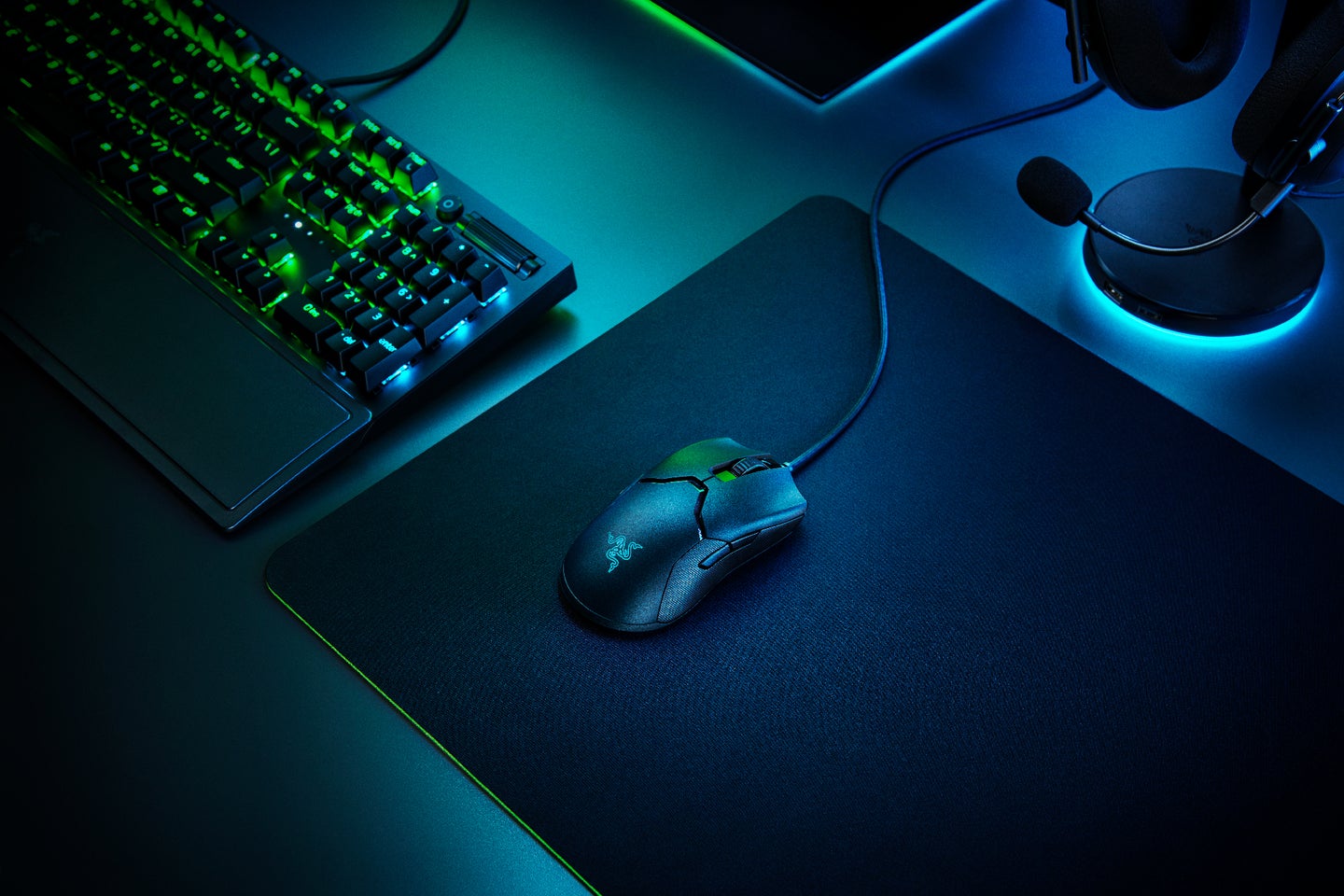 Non-gamers often find themselves surprised at just how many tech specs a computer mouse can have. Peruse the product page for a competition-grade mouse and you’ll find numbers like sensor DPI, which goes up into the thousands, or polling rate, which determines how often your device talks to your computer during use. Most of the best gaming mouse options boast a polling rate between 1,000 and 2,000 Hz, but the new Razer Viper 8K gaming mouse cranks that number all the way up to 8,000 Hz in an effort to eradicate every bit of input lag that players might experience while gaming.

Polling rate simply counts the number of times per second that the mouse tells the computer information about its location or whether or not you’ve clicked. The more times the mouse sends this information, the smoother your cursor should move across the screen, whether you’re in the midst of intense game action or just moving around the menus. Even some gamers have never really considered this stat because, at 1,000 or 2,000 Hz, the tiny delay between your hand and the cursor is already nearly imperceptible. Jumping up to 8,000 Hz won’t make you a better shot, but it will reduce the number of times the Razer gaming mouse gets lost during fast twitch movements.

Razer suggests the lag-fighting benefits come from simple math. At 8,000 Hz, the computer gets new information from the mouse every 0.125 seconds, which is four to eight times shorter in duration than 1,000 Hz or 2,000 Hz models, respectively.

In addition to its excellent communication skills, the Razer Viper 8K also comes equipped with Razer’s high-end 20,000 dpi laser-based sensor, the Focus+ 20K. The high resolution allows this Razer gaming mouse to track the motion of your hand as fast as anything on the market. With lower resolution, a fast -witch can confuse the sensor and send your cursor to a completely wrong part of the screen.

In order to move all that data and cut down on sources of potential lag, the $80 Razer Viper 8K is a wired gaming mouse, so you’ll never have to worry about charging the batteries, but you’ll also need to keep it plugged into a USB-A port in order to use it.

Optical switches under the mouse buttons provide a speed advantage over the mechanical switches found in some other mice. They’re also rated to last roughly 70 million clicks before they start to break down, so it should last for quite some time even if you fully subscribe to the “spray-and-pray” school of first-person shooting games. Razer has even improved the feet by making them smoother to glide across surfaces.

As with Razer’s other high-end gaming mice, players can use the company’s customization software to tweak the Viper 8K’s setup, including its eight programmable buttons. It’s a robust set of options, in which players can program secondary functions for various buttons or map multi-step macro actions to simple button presses to save time.

At $80, the Razer Viper 8K gaming mouse is not cheap for a wired gaming mouse, especially when its main draw is a feature some players might not even notice. Faster computers that run high-end games at lofty frame rates will likely experience a more tangible effect than low or midrange computers that hover in the middle of the fps spectrum. But, even if you don’t get the full benefits, the original Viper was a very capable input device and the 8K looks no different. This Razer mouse still embraces a truly ambidextrous design and allows players to switch sensor sensitivity on the fly. Plus, it weighs just 2.5 ounces, so it’s light enough to be comfortable during long sessions.

The $80 mouse is on sale now, but be aware that buying one will give you one less excuse when you miss a shot and want to blame it on your crummy old mouse instead of your lackluster skills.