Monitor controllers for flipping between sets of speakers

Seamlessly route all your sources and all your speakers together. 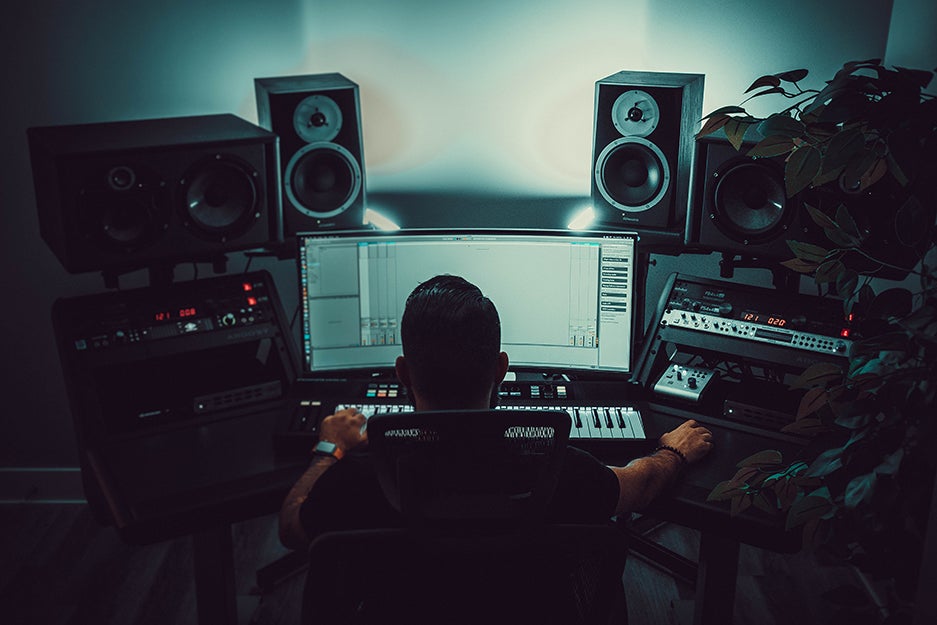 If you’re planning on connecting multiple audio sources to multiple sets of speakers, there’s no easier way to get the job done than by using a monitor controller. These hubs distribute audio at your command to a variety of sources, so you can play computer games and listen to vinyl on the same set of speakers or check out your band’s new mixes on different sets of speakers. There are many variations of monitor controller, from basic two-switch and volume knob construction to multi-headphone output configurations that include onboard microphones, but they all expand the limits of your audio setup, provide seamless integration of your gear, and best of all, keep you from having to reach behind your setup to plug and unplug cables ever again.

Here’s a list of our favorite monitor controllers currently on the market.

The Mackie Big Knob line of monitor controllers has been through a few incarnations over its life, and this passive version is the most recent and stripped-down version yet. Its rugged metal construction and super-simple functionality make it a great choice for small studios where users need to switch between no more than two sources and two sets of speakers, and the included mute, dim, and mono buttons add up to make the Big Knob a no-brainer at this price point.

Behringer brings its multifaceted touch to the speaker controller market with the CONTROL2USB, a versatile speaker switcher that routes audio from up to four stereo inputs to three independent stereo outputs. A great choice for audio and video editing studios, the CONTROL2USB also sports two headphone outputs on the front as well as a talkback microphone for chatting with the talent. If you want to enjoy expanded functionality in your studio without breaking the bank, start here.

The Monitor Station from PreSonus lives up to its branding as a “control center” thanks to its robust build quality and the plethora of duties it can perform in your studio. Besides acting as a switch for up to a whopping three pairs of speakers, it can also power four sets of headphones, each with their own independent volume controls, and accept a number of input formats including RCA and TRS. Route up to three audio sources almost anywhere you can imagine, and use the onboard talkback microphone for communicating with your collaborators from across the studio.

The ESI MoCo monitor controller is a great choice for style-minded studio owners who want to cultivate their decorative aesthetic while taking up minimal space. Its large, smooth volume knob sits atop a sleek black-and-red platform that’s angled slightly toward the user for convenience and comfort. It accepts a multitude of input formats including stereo ⅛-inch, RCA, and TRS, and outputs on any combination of XLR, TRS, and stereo ⅛-inch. Switch between two input sources and two sets of speakers, switch your left and right channels, sum your signal to mono, and mute with the press of a button on the front panel.