Best birthday gifts for gamers: Win at gift-giving, every time

When you’re shopping for birthday gifts for gamers, it’s easy to get lost in a maze of choices. Let this be your (gift) guide. 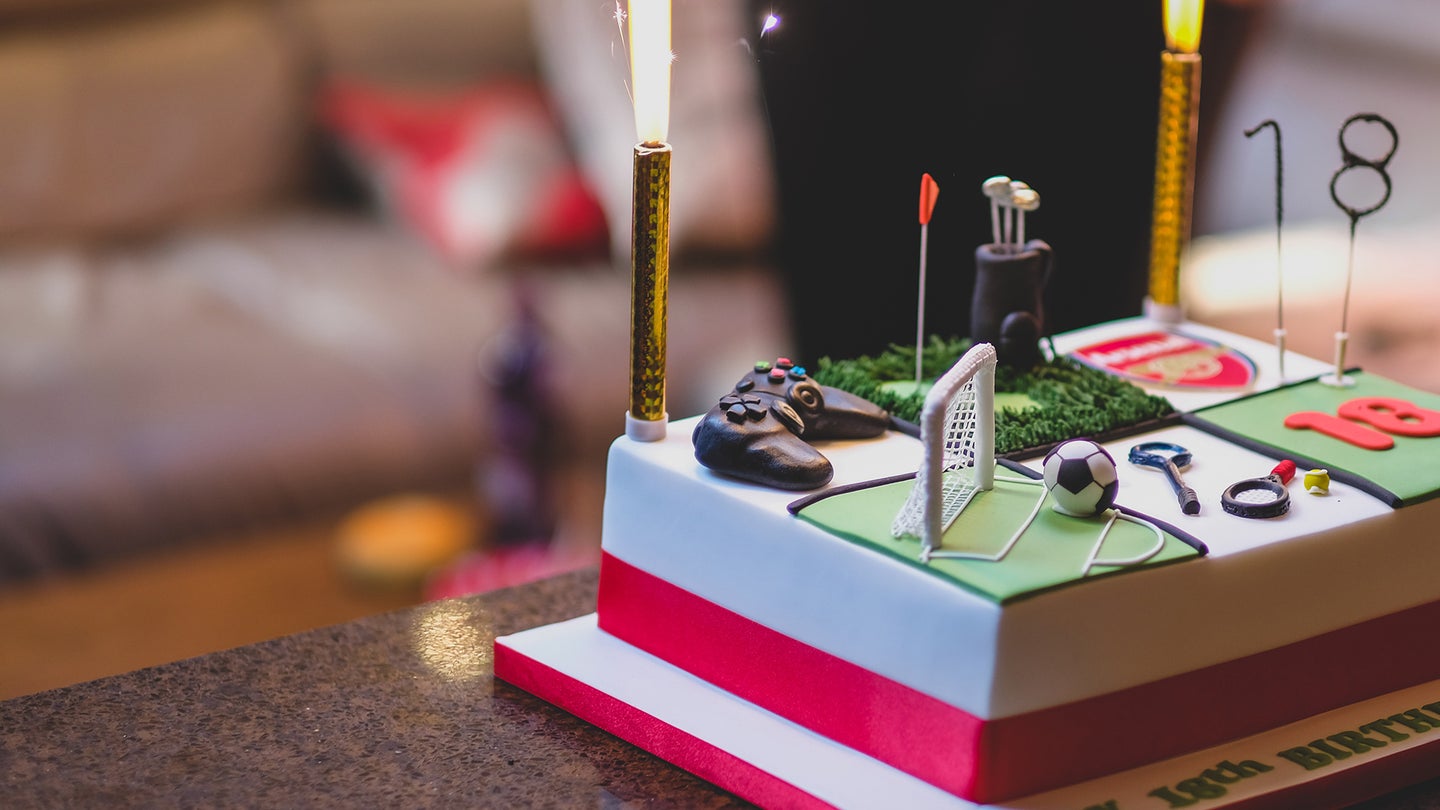 Gifts beyond games and consoles. Harry Grout via Unsplash
SHARE

Gamers are particular. And that makes sense, when you consider how they use their gear. You can’t just grab the top-selling item and assume that it’s a good fit. When you’re talking about controllers and keyboards, for example, gamers are going to spend hours and hours with them, as their only link to the game. That’s a major decision, and a personal one.

So that’s our first piece of advice: Unique gifts for gamers are a little less risky than the fundamentals. If the gamer in your life is into a particular series, for example, you can opt for some fan merch or apparel. Finding the right, perfectly cool gift for gamers is more about knowing the giftee personally, knowing what appeals to them about the hobby and what can make it more enjoyable. With that said, let’s get into some things to look for, and our own picks for the best gifts for gamers on their birthday.

Unique gifts for gamers who have everything

Gamers are almost like magpies: they collect exactly what they need, often in bulk. It can seem like it’s impossible to shop for gamers who have everything. But there are some unique gifts for gamers that you can snag, stuff they may not know they need—or, if all else fails, that lets them buy exactly what they want.

Best gift for gamers who have everything: CraveBox Care Package

Gaming sessions can be long and brutal. Gamers don’t always have time, or the inclination, to break for a meal, or even a snack. Energy drinks and protein bars are fine, but they’re a little clinical. Instead go for this CraveBox, which includes cookies, crackers, candies, and more, all of which can be eaten quickly for a real-life power-up.

Best gift for gamers who have everything, runner up: Amazon Gift Card

Even the best gift cards can be a little bit of a minefield. If you know which platform your giftee uses, you can go for one of those: PC gamers use (mostly) Steam, and each of the other major platforms (PlayStation, Xbox, and Nintendo Switch) all have their own gift cards. If you have no idea, you can’t go wrong with Amazon: the shopping megapower sells games and accessories for all platforms.

Best gift for gamers who have everything, bonus pick: Razer Kraken Headphones

Wireless gaming headsets are cool, but they’re often compatible only with one console or the other—or they rely on Bluetooth, which can be finicky to connect (and isn’t even supported by the Xbox One). A wired headset like this Razer can plug into absolutely anything, from the Nintendo Switch to the highest-end gaming PC, and features a retractable microphone to tuck away when there’s no chatting. A truly universal and useful gamer gift.

Finding gifts for PC gamers is tricky; you have to have a surprising amount of knowledge about how exactly PC gaming works, which is very different from console gaming. There’s much more of a tinkerer’s aspect to PC gaming, a more fluid and hands-on sort of pastime. Hopefully these birthday gift ideas help.

PC gamers almost uniformly opt for mechanical keyboards. One cool thing about mechanical keyboards is that you can pop the keys out and replace them with whatever you want, including these HyperX keys, which are designed specifically for gaming. These feature a double-dipped look, which provides much more stability and a longer lifespan—great for anyone who’s hammering away at a keyboard.

We know. A surge protector/power strip? And it’s in boring black? Trust us: an adequate, well-protected source of power is essential for PC gamers. There are so many components in a PC gaming rig that need power: the computer itself, monitor, speakers, routers, fans, lights, who knows what else. This APC product provides protection from surges, and is arranged to allow for maximum efficiency for different-shaped plugs and blocks.

Nintendo fans aren’t quite like other gamers, so finding typical gamer gifts for them is a little trickier. Nintendo is known for its impeccable game design, its adventurous and playful hardware and software, and its long and noble history. Nintendo fans, above all else, like to have fun.

Searching for cool gifts for gamers? Two of the best parts of being a Nintendo gamer is the company’s deep catalog of classic games and its incredibly charming design philosophy. The Game & Watch was a pretty simple classic handheld made by the company in the 1980s, and they’ve brought the concept back, except way better. This modern version includes the full versions of both Super Mario Bros. and Super Mario Bros.: The Lost Levels, and it’s designed to go on a bedside table or desk as an alarm clock.

One of the best things about Nintendo is the company’s whimsy and willingness to experiment. Mario Kart Live: Home Circuit is a perfect example. It’s a video game, yes, but it’s also a real-world race car system. Here’s how it works: you set up an actual course in your home, with gates to pass through and little karts, almost like remote-controlled cars. Then you race them on your Switch, going underneath your own tables and couches and who knows what else. Make sure that your gift-giver has a pretty large game space, ideally with hard floors rather than carpeting.

Gaming equipment can be brutally expensive. Not everyone can buy a multi-hundred-dollar console or accessory for their favorite gamer—and even games have reached sky-high prices. But there are tons of cheap gifts for gamers out there, gifts that’ll spark joy without setting piles of money aflame.

The Nintendo Switch has been amazing for gamers on the go. That might mean taking the tiny portable console on weekend trips, or just grabbing it to go over to a friend’s house. But there are a lot of little accessories: charging cables, games, controllers, docks, that kind of thing. This carrying case is slightly larger than some, but it gives you enough room for absolutely everything.

Finding gifts for gamers who primarily use a PC can be difficult. Gaming hardware on the PC is notoriously expensive; if you want a shock, check out what high-end graphics cards cost. But there are still options. This LED light strip goes onto the back of a gaming monitor of any size, and can pulse and change colors in tune with what’s happening on-screen. It’s a great, inexpensive way to add to a gamer aesthetic.

Buying actual games for gamers isn’t always the best idea: your giftee might already have the game, or be deep into some other game and not have time for a new one, or simply have different tastes. It’s not dissimilar from buying a musician whatever the highest rated album of the year is: they may just not be into it. Instead, here are a couple of cool gifts for gamers that they won’t necessarily expect.

Searching for the best gifts for video gamers? Retro gaming is having a big moment, now that computers and even smartphones are powerful enough to run everyone’s favorite childhood games. This Raspberry Pi 3 kit includes a cool retro case as well as a pair of controllers. You can essentially build your own retro gaming system, with enough power to run NES, SNES, Genesis, and even many Nintendo 64 games.

It’s a tricky thing to buy a game for a gamer. So why not buy something that helps all games? These thumb grips snap onto a regular PS4 or PS5 controller’s analog sticks and can vastly improve comfort. It elevates the sticks a little bit higher for better ergonomics, requires less force to move, and provides a stickier, more comfortable texture.

A few more words on the best birthday gifts for gamers

Shopping for a birthday gift for anyone can be hard, and finding the best birthday gifts for gamers in your life can seem even more so. But hopefully, this range of accessories, games, toys, and gadgetry will help make this birthday a great one.