Think about the planet before hitting next-day delivery. 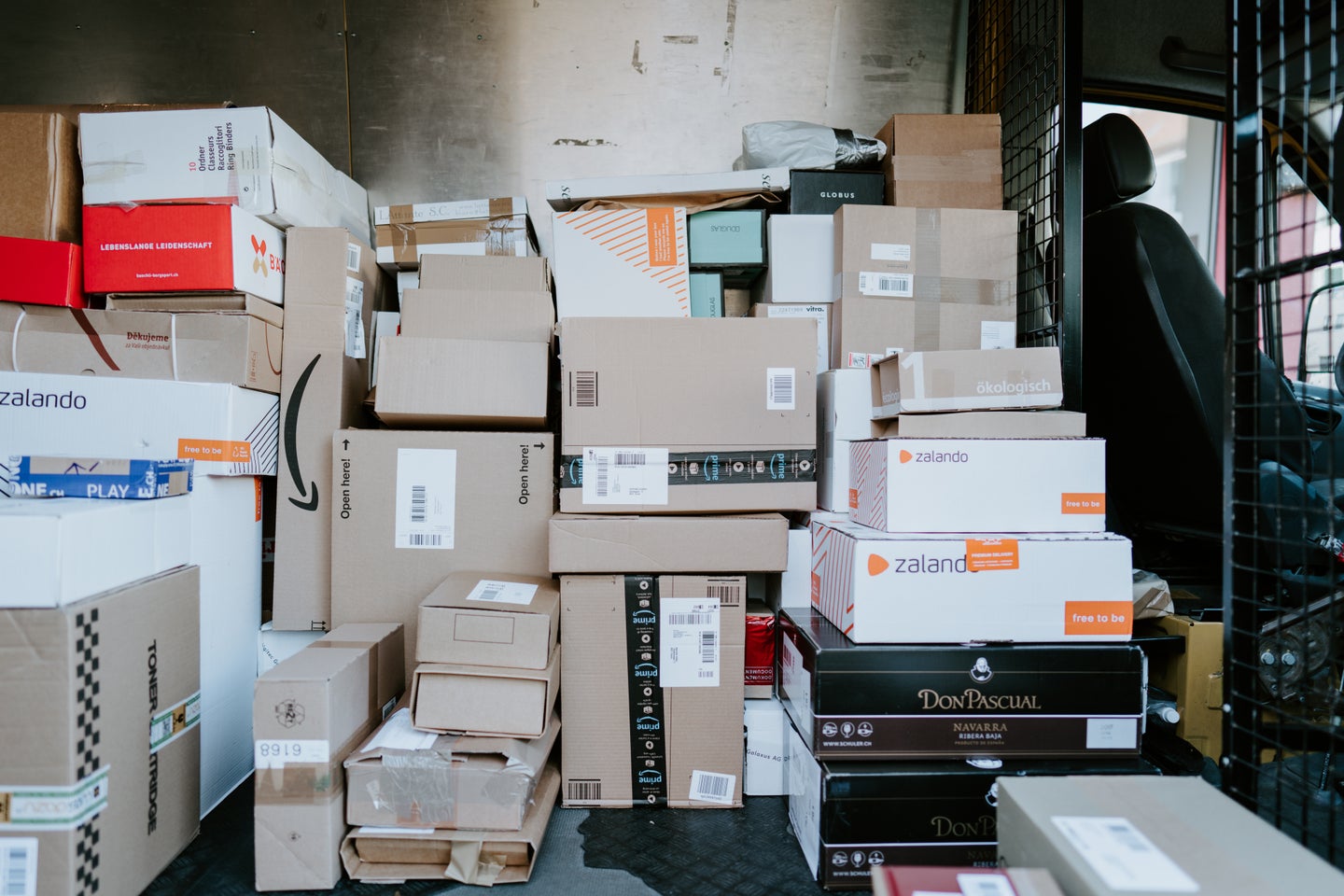 We’re shopping online more than ever now, including for mundane personal care and pantry items. Of U.S. internet users, one-third do it at least once a week. Seeing your toilet paper dwindle, you might pull up your smartphone and after a few taps have a fresh order of TP set to arrive in a day, maybe even less, and all done right from the toilet seat.

But this type of shopping—small, quick-to-ship orders placed through e-tailing companies like Amazon—might be the worst for the environment, according to a recent study in Environmental Science & Technology. With their current business model of free shipping and fast delivery, greenhouse gas emissions associated with transporting “fast consumer goods”—personal, home, and pantry items—are high. “The [online-only retailers] are growing rapidly,” says lead author Sadegh Shahmohammadi, a sustainability scientist at Radboud University in the Netherlands. “This study shows that it’s not really good for the environment.”

Previous analyses haven’t agreed on whether online or in-store shopping is better. In fact, some studies have found that online shopping has a lower impact, because it saves the emissions associated with driving your car to the store (95 percent of Americans drive to go shopping). But this benefit can vary, or even disappear, depending on how fast we want that TP to arrive. And if you’re shopping in real life, factors like how you transport those items, how far you travel, and how much you buy at once all affect the carbon footprint of your purchase. “There have been some contradicting results, with some saying online shopping is better and some saying traditional shopping is better,” says Shahmohammadi. So he tried to settle the debate with an approach that showed how likely one option was to be better than the other.

Shahmohammadi and his team compared three shopping styles: traditional in-store shopping, online ordering from a physical store (which they called “bricks and clicks”), and ordering through an online-only retailer. For every variable in their computer models, like trip distance to stores or the number of items purchased at once, they used a range of values and ran different simulations to figure out how variable the outcomes might be. Making lots of trips to a physical store would increase the footprint from driving, for instance, while making bulk orders online could decrease the impact of shipping. They also considered the weight and volume of 2,900 common products, like shampoo, toothpaste, cleaning products, and shelf-stable foods.

E-tailers performed badly for a couple reasons, explains Shahmohammadi. For one, people tend to buy a smaller number of items at a time, enabled by free shipping. Even when they buy a big batch at once, those goods might come from many suppliers and are therefore shipped separately. And each of those items comes in its own cardboard box. There’s a lot of carbon emissions to unpack there, from the trees involved in manufacturing those boxes to the direct pollution from the delivery trucks. Meanwhile, many of the physical stores that offer online services have a minimum purchase value required for free shipping, so people tend to buy more at once in bricks and clicks shopping. This reduces the packaging and delivery emissions per item. Also, with slower shipping, there’s less pressure for delivery trucks to hit the streets when they’re only partially full.

Miguel Jaller, co-director of the sustainable freight research center at the University of California, Davis, who was not involved in the study, says the recent study matches some of the trends he’s observed in his own research. On average, his work shows that a purchase from an e-tailer had the most carbon emissions per item. But, in his analysis, Jaller included Amazon as its own category, because the company’s large market share allows it to be more efficient in shipping in ways like putting more packages in every van, and making more deliveries per van trip. Jaller found that a purchase from Amazon had fewer carbon emissions per item than any other shopping option. However, that analysis excluded one and two-hour deliveries, which he says are drastically worse for the environment.

Jaller says analyses comparing online and in-store shopping vary a lot because researchers have to make a lot of assumptions about how we’re shopping. What he and Shahmohammadi both emphasize, however, is that most of the impact of shopping for an item occurs during “last-mile transport,” meaning how that shampoo bottle gets from the Target aisle or the Amazon warehouse and into your home (the emissions further upstream, from factory to shelf, are roughly the same for all shopping options). Whether you take a car or a bike, and how far you travel to a retail store are important. For online delivery, the way packages are transported (say, a gas-powered van versus an electric cargo bike) and how many items are grouped together in a trip can make a huge difference. “The last mile is basically the most important part,” says Shahmohammadi. “The rest of the supply chain is more or less the same.”

Consumers can lower their impact in a few ways. Across all forms of shopping, buying more things at a time lowers greenhouse gas emissions compared to buying them on separate trips. “What we know for sure is that when the basket size is larger, then your [environmental] footprint will be smaller,” says Shahmohammadi. Jaller adds that you can consider a slower shipment option, which allows e-tailers to be more efficient in deliveries. Also, try to avoid making so many returns of products, which further jack up the impact. “If customers don’t change their behaviors, it’s a lost fight,” Jaller says. “We have to be conscious of how we use this [online shopping] privilege.”

Shahmohammadi adds that his study is just a snapshot of how shopping looks right now. The industry could certainly change and reduce its impacts—and indeed it has to if we’re going to make a dent in our emissions goals. Amazon has pledged to go carbon-neutral by 2040 by powering its operations with renewable energy, using electric vans for deliveries, and restoring forests. Perhaps, if they and other e-tailers follow through, we can feel less guilty about those online impulse buys.