They're gonna need a bigger hangar 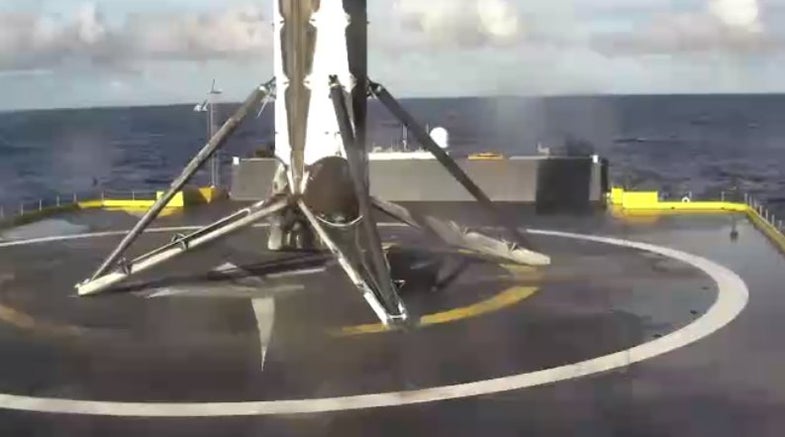 Update, 5/27/2016 at 5:55pm: The Falcon 9 has successfully lifted off, carrying the Thaicom 8 satellite towards its destination orbit, and the rocket’s first stage has returned to Earth for a nearly perfect landing on the drone ship Of Course I Still Love You.

The company also posted the following incredible first-person video of the landing to its Facebook page:

It’s SpaceX’s fourth successful landing. The first was on land and the second and third touched down on the drone ship. They might need a bigger hangar soon.

Originally scheduled for liftoff on Thursday, the launch was delayed after SpaceX discovered an anomaly in the Falcon 9’s upper stage. Although Friday’s weather didn’t look like it would cooperate, everything came together for a successful launch.

The 7,000-pound Thaicom 8 satellite will beam television and internet signals into Southeast Asia from a geosynchronous orbit.