The next big space race is happening in Asia

India's latest lunar mission might lend to rising tensions with China and Pakistan. 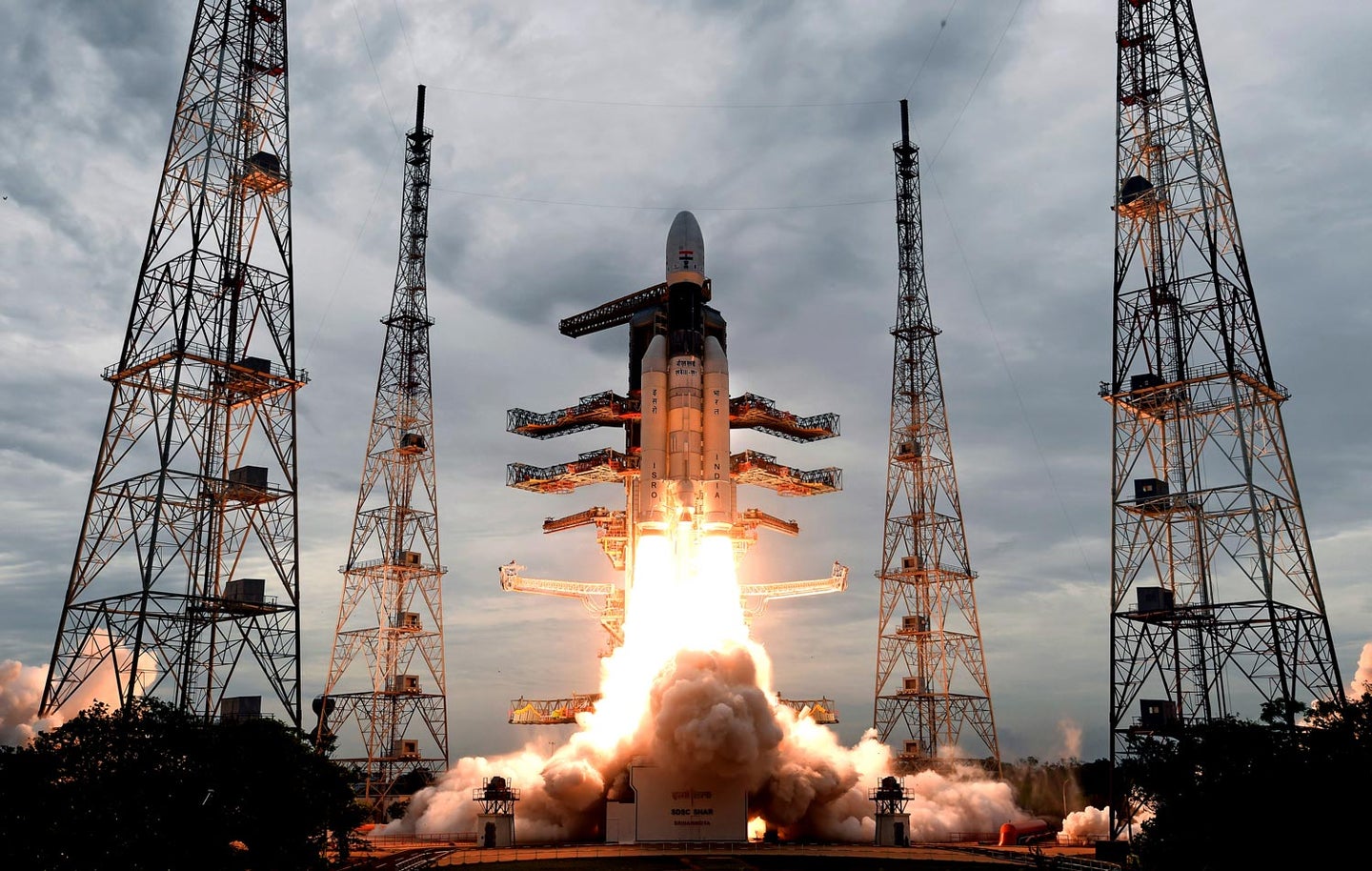 On September 7, India’s Chandrayaan-2 lunar mission deployed its Vikram lander for an attempted landing at the moon’s south pole. Communications with the lander were lost just minutes prior to the scheduled landing. Recent imaging suggests that Vikram may have survived the landing intact, but it might be unable to communicate. No matter the outcome, the mission has already proved successful as Chandrayaan-2 continues to orbit the Moon.

Chandrayaan-2 adds to the list of India’s recent accomplishments in space. This probe was sent on a scientific mission, but India’s achievements in space include other military developments, all of which reflect a challenge to China. Though some are warning of a space race between the U.S. and China, I suggest the real space race is happening in Asia.

This year alone, both China and India have landed, or attempted to land, probes on the moon. These types of missions are one way to achieve international prestige. But they also peacefully demonstrate capabilities that could be used in conflict. From my perspective as a space policy analyst, India’s activities, combined with its escalating tensions with Pakistan, contribute to increasing regional tension.

Most international observers have focused, with good reason, on India’s nuclear ambitions. Like its nuclear program, India’s space program traces its origins to the 1950s, though the Indian Space Research Organization was not formed until 1969. Early on, the Indian Space Research Organization focused on design and fabrication of satellites. Later, in the late 1970s and early ’80s, it concentrated on the development of its own rockets. Since then, India has developed several reliable and powerful rockets, including its Polar Satellite Launch Vehicle and Geosynchronous Satellite Launch Vehicle.

India has used its expertise to foster a growing commercial space sector. It sells extra space on its Polar Satellite Launch Vehicle to commercial companies, which has generated significant income for the Indian Space Research Organization. It also recently approved the creation of a private institution, NewSpace India Limited, to facilitate technology transfers and market space-centric industries.

India’s first moon mission, the orbiter Chandrayaan-1, launched in 2008, contributed to the discovery of water on the Moon. In 2014, the Mars Orbiter Mission made India the fourth entity to send a mission to the red planet after the U.S., Russia and the European Space Agency. The ultimate goal of the current Chandrayann-2 mission was to deploy a lander and rover on the moon’s south pole to further explore potential water deposits. India also strives to launch its own astronauts into space by 2022.

These efforts have been primarily civilian and peaceful in nature. India’s turn toward the military uses of space began only in the 1990s. With greater frequency India is developing its own military satellites providing services such as remote sensing, tracking and communications. India’s missiles are benefitted by technology developed at ISRO and their increasing capabilities reflects their concerns with not just Pakistan, but China.

Since the establishment of the Chinese communist state, conflict between the two states has come on several fronts. There have been several clashes over disputed territorial boundaries and, as rising economic powers governed by different ideologies, India and China continue to battle for regional and international preeminence.

China’s own accomplishments have served as motivation for Indian developments. For instance, China’s nuclear tests in 1964 encouraged the Indian nuclear program, which conducted its own nuclear tests in 1974. In space, China has expanded its scientific, civilian and military activities with an active human spaceflight program and its own program of lunar missions. In January of 2019, Chang’e-4 successfully landed on the far side of the Moon and just recently discovered an unknown “gel-like” substance.

India continues to feel pressure from its Chinese neighbor. Following China’s anti-satellite test in 2008, India began development of its own space weapons. In March 2019, India successfully tested an anti-satellite weapon: a missile, launched from the ground, that destroyed one of its own satellites in low Earth orbit. Like previous anti-satellite tests performed by the U.S., Russia and China, there were immediate concerns about debris. Despite this, India clearly intended to send a message to China and others, signaling their ability to not only protect their own satellites but destroy threatening Chinese ones as well.

These more aggressive moves fit in with other recent Indian actions. In August, India withdrew the special status of Kashmir that largely allowed the region to set its own laws. India then deployed troops to the region, arrested several hundred Kashmiri politicians, and moved to sever communication links between Kashmir and the rest of the region.

These actions, along with India’s space activities, do not go unnoticed by Pakistan. As analysts Mian Zahid Hussain and Raja Qaiser Ahmed write, “Pakistan feels more insecure under India’s low Earth orbit satellites and dominant surveillance and espionage capabilities.” This insecurity, combined with India’s behavior toward Kashmir, could prompt Pakistan to develop anti-satellite weapons and other space technologies. If this starts an arms race, it would introduce more instability in an already delicate region.

In a speech following the loss of communication with the Vikram lander, Indian Prime Minister Narendra Modi said, “We are proud of our space program and scientists, their hard work, and determination. (They) ensure a better life, not only for our citizens, but also for other nations.” Like other space powers, India is seeking to improve its technology and way of life, but advances can also bring greater security concerns.

Wendy Whitman Cobb is a Professor of Strategy and Security Studies, US Air Force School of Advanced Air and Space Studies. This article was originally featured on The Conversation.